Brno band Květy has prepared new album called Myjau (Meow) in JáMor studio of Ondřej Ježek.  Here comes important information for those who know the work of this alternative jewel from Brno; for those who don’t know them it’s a short explanation. The most common link between the words music and the group Květy is the word original. Here we are not in glamorous show of booming stars of musicals or competitions, here the world of Květy still keeps its old fashioned magic and colorfulness.  With getting through new paths, so typical for Květy, is possible to create not only completely original but also very interesting and emotional music with unusual doses of emotions and tenderness.

Květy worships the continuity of their previous songs and keep telling their stories not only in the lyrics by Martin E. Kyšperský but also in their music. The inner power hidden within the new recordings are documented with the words of Martin E. Kyšperský: “...you can feel there that those five guys are standing, sitting, pottering and snuffling at the same time in one room. That wasn’t there before.” They managed to capture the energy and mood in the studio really well.
On the top of that the band really clicked with Ondřej Ježek who has been involved in the production and is responsible for the overall sound of the album. He has also recorded many instruments in many songs. Anyway, he’s not the only guest musician of the album. “There is Ondřej Galuška playing trombone – I have never seen him, he came to the studio by accident when they were mixing and we weren’t there….and he recorded it. And very well. The vocals are sung by Lenka Dusilová in two songs because her voice rings and shines.” You will also hear many different instruments on the record because Květy are, besides the standard instruments, again using their very unusual ones, such as revolver cylinder, honker and chains, cow bells etc.

Květy are like glasses that when put on will show you the ordinary world looking like mysterious place with never ending flow of emotions, experiences and events. In some moments they can be perceived as a generational testimonial. “The album has been created in quite short time; there are compressed impressions of last 15 months. That’s why I believe the songs are somehow interconnected. There is lot of stories; lyrics were all written by a guy who is not even thirty….”

The new album comes out in digipack wrapped CD and as LP record as well. 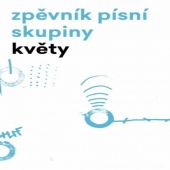