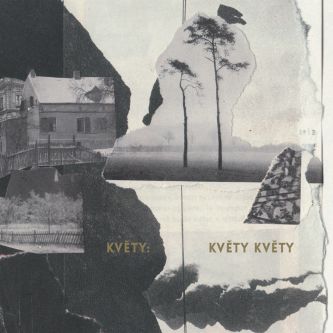 The ninth official album is being released by Brno band Květy on the anniversary of the Velvet Revolution. The album, called Květy Květy, is about desire and isolation, which began long before the corona. The author of the music and lyrics, which is probably Květy’s most romantic record, is Martin E. Kyšperský. The whole band took part in the arrangements, and the strings were written and arranged by Ondřej Kyas. Květy’s sound has shifted from electronics back to live instruments on this album.

The album Květy Květy is an intimate inter-relationship record that works with the principle of duality. There are two pairs in the band: rhythm versus guitarists. The album is more about a relationship between two people. And that is also why the word Květy is included twice in the title of the album, once for every decade of the band's twenty-year existence on the Czech music scene.

"You have to say the word Květy three times in a row, it's like a little mantra," says the band's frontman Martin E. Kyšperský. He was born as a Gemini, turned forty this year, has two decades of relationships behind him and also two decades of playing in a band. "I live alone and I realize that I often have a dialogue with someone. I go back, processing through the situation. I remember the stories, there’s time for this now. In those songs, I write letters mainly to myself, so as not to forget what I have been doing for the last two decades, those I loved and with those where it didn’t work out. Politics and social affairs have completely receded into the background. The previous albums used to be about love, but this is the best," explains Kyšperský.

In contrast to the love theme, Květy Květy is also a very lively and energetic album, with two guitars in the line-up for the first time. Last year's arrival of new drummer Jakub Kočička, who is twenty years younger than the other members of the band, also plays a big part in this. At the same time, it is also a very city record, because it was created exclusively in the backdrop of Brno, in its cafes, parks and at the railway station.

The album Květy Květy contains 11 songs and will be released on November 17, 2020 at Indies Scope. The band recorded it in studios "V" in Zlín and in Prague's Jámor in collaboration with Ondřej Ježek, who also took care of the mixing and mastering. Already in October, the musicians released a video for the single Robot directed by Jan Fuksa. With the same director and actress Elizaveta Maximová, they are now completing another video for the song Do tmy, which they will present at the end of November.