You are sure to remember this music easily as there are not many bands with such original sound as the Brno group called Květy. At the same time the music cannot be referred to as “easy”. Květy creates non-conventional acoustic bigbeat streaked with multicolored inspiration. “We also like hip hop, old blues, noise, electronics, chanson... all this is in a way reflected in what we do,” says the leading figure of Květy, original composer, writer and singer Martin E. Kyšperský. Together with his colleague, Aleš Pilger, he prepared a new outstanding album “Kocourek a horečka” (Tomcat and Fever), which is full of aphorisms, but also stories.
For their first album “Jablko jejího peří” (Apple of her Feathers), Květy gained the nomination for the award of the Academy of popular music Anděl 2004 in the genre category “Alternative”. Right before the recording, the trio turned into a duo. “The cellist Martin Růžička left the band and an excellent bass player Ondřej Čech became a member of Květy. However, the album ‘Kocourek a horečka’ was created in a pair with the participation of occasional guests.” The album was recorded in the Indies studio in Brno under the supervision of Broněk Šmid. You will hear Dorka Barová from Tara Fuki or Ondřej Kyas, who enriched two compositions with the sound of keys, as guests. The most remarkable was the entry of Marta Fúú Svobodová of the girls’ band Budoár staré dámy, who used to be a regular member of the group. Her emotive singing is supplemented by a vocal of Martin E. Kyšperský in an excellent way.
After the end of bands Sledě, živé sledě, Dunaj or Z kopce, Květy are often referred to as the continuation of Brno alternative scene together with Ty syčáci and Vladimír Václavek. This was often mentioned in the positive receptions of their debut “Jablko jejího peří” (Apple of her Feathers); however, Martin E. Kyšperský does not agree. “Bands like Dunaj, Z kopce and others were excellent, but they are just a fraction of things that I like. People need to classify to be better oriented, but if you look more carefully, we are somewhere else. A conceited author (which I am) is not pleased with comparisons. The sound of the mentioned bands may be compared to the then sound of King Crimson, early stages of Oldřich Janota, bands of the “new wave” of the 1980’s and through the sources of inspiration of these bands we would get to others and so on, as far as the Middle Ages. But what for? I know what I hear and feel. I take it or I leave it. If someone tells us that we sound “alternative”, the reason may be that the music sounds too unusual to the person and he or she has nothing to stick to. However, we do not hear the term so often that we should be concerned. We do not intend to be a continuation of something, although it is clear that we do not live in vacuum and if we did not like the music around us, we would have not started to play at all.” 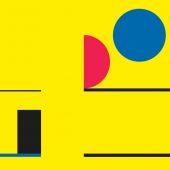 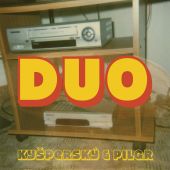