Lesní zvěř is shy as game, but being on its trail is an adventurous experience.

As described by Lesní zvěř themselves, their eponymous first album is - in contrast with life performance, when everything has natural spontaneous timing - a virtual jam-session with computer, evolving in its very abstract time. The resulting selection of 9 songs represents all the various faces of the band: from articulate songs, some which are laid back and jazzy (Simplicity, Voda), gloomy (21st, Sun), or quite rough or swinging (Dusty Roads, Gotcha), to fanciful compositions with strong melodies and improvised textural parts, that create very emotional and vibrant soundscapes (Turzovka, Hostýn). As a special guest the album features a folklore band Horňácká muzika Petra Mičky, which is a traditional musical ensemble typical for the very eastern part of Moravia, where the traditional folklore still lives and prospers (songs Dusty Roads, Frank Frank, Turzovka, and Hostýn.) The sound of the recording was profoundly influenced by very sensitive and inspiring production and mixing work of Dušan Neuwerth (Ecstasy of St.Theresa, Ahn Trio, Tatabojs...).

21st * is about how would Allen Ginsberg and Steve Reich play the blues together.

Dusty Roads* stinks of civilization, it is about what we take without asking, and that you would sometimes even kill.

Frank Frank is a dreaming about French accordion player of Czech origin.

Sun* is a dark version of the flower people myth.

Gotcha* is an endless small-town blues, a dance that will grow on you.

Turzovka is a rough, hostile place. Virgin Mary was seen there once, and Martin, the drummer used to own a house there.

Simplicity* is the way from a labyrinth in a garden of a chateau.

Voda* is a musical origami about everlasting quest for peace.

Hostýn is a saint mountain with a beautiful view from the top. 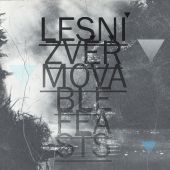