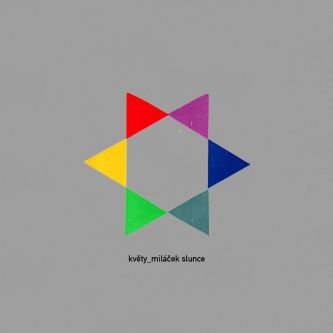 More sophisticated, with solid contours and rich colors – that’s the new album of the alternative rock band Květy. It bears the title Miláček slunce/Sun’s Sweetheart and comes out three years after the excel-lent  record Bílé včely. The unmistakable singer Martin E. Kyšperský is the sole author of all the songs of this album which he filled with original songs which grip the heart, make your eyes gleam and your legs dance to the beat. The record comes out on the birthday of Martin Kyšperský who says about it: “35 years of my life, 15 years of the band and a 10th album.” Indies Scope will offer, in addition to classic formats such as CD, mp3, Flac also the MC cassette and as a first album, the format WAV 48 kHz/24 bit. The album will be released on vinyl LP to the annual fall tour of the band.

The band recorded a lot of material in several studios and, in the end, with the sound masters Ondřej Ježek, they selected and completed 12 songs. One of them appears in a provocative film about Brno made by Robin Kvapil and Čestmír Kopecký (the song My děti ze stanice Bullerbyn from the previous al-bum was in the highly praised movie "Kobry a užovky" last year).  The band experimented with sounds of all instruments while trying to keep the songs clean and perfect; the period of complex interludes and ornaments is gone now. A new chapter begins. Martin E. Kyšperský confirms: “It is all about chiseling. We have learned that it suits us when we play live and we can record as much as we can together. If we played more pop it wouldn’t be the same, but we still remain a rock band. And we are not afraid of any-thing anymore…to make a completely sweet, nice melody, and then put it into context with something special. To throw away everything that is excessive. People and their opinions helped us a lot, musicians that we like…. Ondřej Ježek, Míša Antalová, Bára Kratochvílová...  We don’t want to fall asleep; we don’t want to repeat ourselves. This is all about looking for a new space.“

Album title came from a phrase overheard in a dream “there is a sun’s sweetheart standing behind the door…” Rest of the unique lyrics on the album has nothing to do with the dream world of Martin E. Kyšperský though. “This time, dreams have brought only the title. I still love dreams, but suggestions for the lyrics come only when I’m awake.” Among the topics often appear family, relationship with parents, and relationship with children. Although there is again the motif of hardly described longing throughout the lyrics, the album as a whole feels more energetic and positive than some of the previous work.

Three-year break between recordings is something very unusual for Květy – it happened because of many activities of both the drummer Aleš Pilgr who is involved with his Biorchestr and the singer Martin E. Kyšperský. “I worked for various friends (such as Cermaque, Jan Burian, Lubica Christophory, the band Mucha...) as an arranger and player of many instruments; I composed music for radio plays and wrote lyrics for the last two albums of Lenka Dusilová." Květy, meanwhile, have grown and got stronger. During last eight years the band have been the same and thanks to hundreds of concerts played in all the corners of the Czech Republic, Květy are in their best condition ever. They are adults now, still not old though.  There is still energy. They are still looking for something and it doesn’t matter if it’s found, but one must not relent!