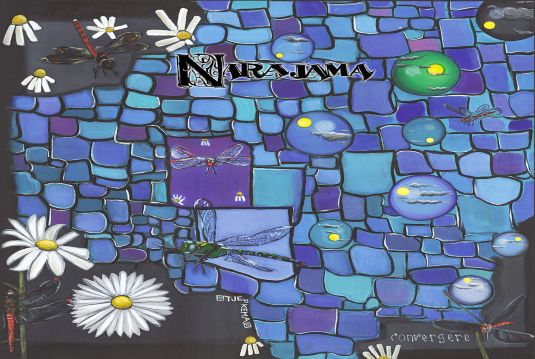 NARAJAMA was founded in the late summer of 1991. The first rehearsal with Petr Goldmann - drums, Igor Judas – bass guitar and Petr Walos - guitar, took place at the Shaark Studio that was being established at that time in Kyjov. Vocalist Michal Mihal joined the band shortly after. With this lineup the band recorded their first album “Webs” at Audio Line studio in Brno in 1992. Petr Walos and Michal Mihal left the band a few months later and due to the singularity of both mentioned musicians the remaining members turned the page and never returned to the album which has not been released so far. The vacant spots were subsequently filled with Roman Kouřil – guitar, Bohdana Petrů – cimbalom,  Milan Lovec Bílovský –  vocal. In 1996 the album “Vytancuj chmury“ is released on the Indies Records label. One year later in 1997 the third album “V tom víně je nalháno“ is released on the same label. Between 1992 and 1999 Narajama played 176 gigs mainly in the Czech Republic but also Slovakia, Holland and Hungary. The first gig took place at the culture house in Veselí nad Moravou in December 1992, the last one at a festival in Tasov on August 28, 1999. The most prestigious performance one and a half decades back can be considered that at Trutnov festival in 1998 (Rock Summit), when in prime time and in front of full house Narajama stepped onto the stage after Yardbirds (Clapton, Beck, Page) before Abraxas, or for instance the performance in the TV program Na Kloboučku at Michal Pavlíček’s. The band’s memory will also never erase the gig at Prague’s legendary club Bunkr that does not exist any more together with JJPBU, the baptisms of cd´s at Prague’s Rock Cafe
or the participation in festivals in “Dolný Lopašov and Horné Kočkovce“. Musical roots of most band members (whether new or old) however grow deep into the rigid 1980’s.

The sound of Narajama has progressed over time and has changed with each album. The early offerings are reflective of an interest in hard rock while their second and third albums tend to be more eclectic and borrow from different traditions like Jazz, Folk, Rock and Alternative music. These albums are also marked by the introduction of instruments not usually heard in a rock content like the cimbalom, bassoon, cello and violin. The band has been compared to groups like King Crimson in the sense that their music is hard to label and endeavors to be atmospheric. The classic rock song format is rarely to be found on these two records.

Towards the end of 1999 Narajama opens the gates of the studio for the fourth time to record their fourth album „3'mej“, that bears traces of certain somberness, perhaps due to the departure of Bohdana who does not participate in recording the album and the cimbalom is replaced with the keyboard played by Lovec. In 2000, after failed attempts to release the album the band goes on a shorter hiatus that turns out to last long 11 years.

In 2011 the band wakes up and its original lineup enlivened with percussions begins to rehearse and perform and later work on a new album. Its title is “Convergere”. 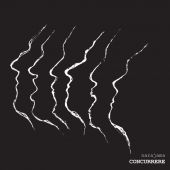 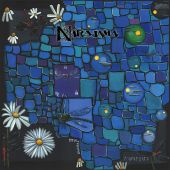 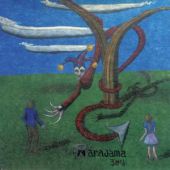 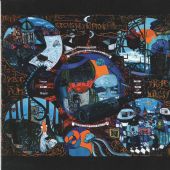 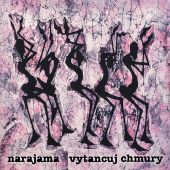