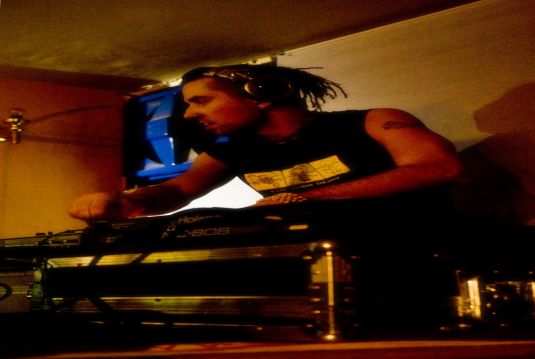 Evolution Dejavu playing ethno grove is a six-member band influenced not only by Ostrava underground and industrial but largely by ethnical and world music.
Evolution Dejavu is DJ, percussions, bass guitar, singing and colorful range of non-traditional instruments and sounds from all over the world (didjeridoo, leather barrels, djembe, darbuka, dholl, traps, dhondo etc.) – all that is the six-member band Evolution Dejavu from Ostrava. Band members, growing up on the music by Fundamental, Transglobal underground, Asian Dub Foundation, The Prodigy, or Limp Bizkit do not deny ability to perform very dynamically at concerts. The rich rhythmic mixture of dance beat, African, Arabian but also shamanic rhythms, enriched with varied instruments which is capable of processing several musical levels at a time. The variability of singing enables the band to move in the area of dance music, rock, raga and also shamanism and even trance.  We should add that the music of Evolution Dejavu, is often praised by DJs, which may sound surprising, but is true.

The band’s fans have had the opportunity to attend concerts in Austria and Poland. In Poland they debuted in the building of the Opera of Wroclaw in the form of a live accompaniment to the silent movie "Tabu" of director W. Murnau of 1931, this at the invitation of the film festival Era Nowe Horyzonty. The band was declared the discovery of the year in the festival Colors of Ostrava in 2004. In 2007 it took part in the Zywiec summer tour together with M. Sadowska, Pink Freud, and Djs beside others. Among guests of the band were Bapi Das Baul; percussionists of the band accompanied the Tibetan singer Yunghen Lhamo within the framework of Ostrava festival Caravan of Voices. 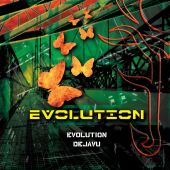