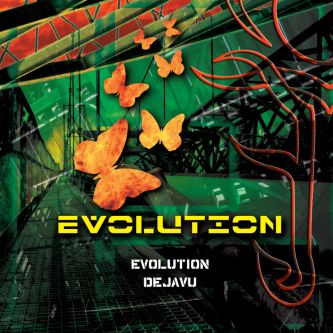 Our strength is in beat and rhythm ... or shamanic rituals in the night time

North Moravian Evolution Dejavu playing ethno grove is a six-member band influenced not only by world music and electronics, but mainly by Ostrava underground and industrial. Their debut album Evolution is a rich rhythmic mixture of dance beat, African, Arabian but also shamanic rhythms, enriched with varied instruments which is capable of processing several musical levels at a time. The variability of singing enables the band to move in the area of dance music, rock, raga and also shamanism and even trance.  Thus the new album brings the synthesis charged with energy of everything the musicians went through and what they are.

Evolution Dejavu is a dance music band who define their sound on the basis of their DJs. They play the most important role in the whole context of their music and it is quite intentional. In spite of that there are a number of musical jokes and riddles in the compositions on the Evolution album. Contrary to many other dance bands, ED reflects the contemporary state of the world and their country, politics and whole society in their lyrics. “We try to point out fundamental problems of the world, the terrible lack of tolerance and in some pieces we also refer to the problems of the Czech system,” says the leader of ED, David Žyla. “For instance, the introductory composition Baraka is a reflection of the development in the world and in this country – the ever increasing number of factories, production, wars, blood etc., but also a tribute to the movie Baraka, which clearly expresses contemporary time.” Baraka opens the album in its raging hard approach with a strong melodic rock idea, followed by the composition called Community Power. “We are preparing a videoclip to this piece. It is about the power of human community, but also about excessive expectation of support.” We can also hear compositions of shamanic dance or even trance nature, such as Jum Kesilm, Tribe Indicator, and Tunel.

The recording of Evolution album took place in the Barbarela and Citrón studio in Ostrava. The band chose cooperation with Radim Vaněk (Mroš), not only for his many-year experience behind mixing desks in recording studios, but also because Radim Vaněk had worked with the band, which enabled him to learn to know it from inside.He was also invited as the only guest, who joined with electric guitar in all four compositions of the album. Mastering took place in Prague in the BIOTECH studio. Easy going atmosphere helped the band to transform the energy of their music to the album.