Music label Indies will be celebrating their day on February 14, 2020 at the Sono Center in Brno, for the remarkable 30 years since its foundation. There will be 12 bands on two stages and quite a few really unique concerts.

The first album released by Indies was from the hardcore band Meat-House Chicago I.R.A. and so it is inevitable that this genre legend will play at the anniversary concert! The world famous band DVA is also returning on stage, and after seven years, the rap-rock-blues band Nuck Chorris Gang will play an absolutely unique concert.

Another exceptional show will be from the band Květy, who will perform with the older lineup that they recorded their album “Miláček Slunce” with. Zuby Nehty will make sure the show is full of surprises; and -123min. with their new album LES also can’t be missed. The first band on the main stage will be for children and their parents, the unrestrained Bombarďák in an extended line-up with a drummer (children under the age of 13 are admitted for FREE!).

The ZVA 12-28 Band will also celebrate their 30 year anniversary in 2020, so it will be a bit of a blues celebration. Band of Heysek will also bring their blues rock to the stage. The mini festival will include  artists such as BraaAas, Martina Trchová and Horňácko Dulcimer Ensemble - Kubíci. The evening will be moderated by music journalist, Milan Tesař.

The one-day music festival in Brno's concert hall Sono Centrum is a 30th anniversary celebration of the founding of the company Indies, which has been dedicated to quality alternative and non-commercial music since its inception in the Czech Republic. The concert will feature 12 bands and artists who have released their albums for 30 years at Indies Records.

On February 14th,1990, the first shop and CD rental was opened under the name Indies on the Milady Horakove 25 street in Brno. After a year of the shop's existence, Indies Records label was founded with the motto: We release music we like and we like to listen to. Since the early rock music styles, the label has gradually opened up to other genres. Folk and folk-rock albums are released, world music and folklore are added, but there are also blues, rock, jazz and rap. In 2005, the recording Studio Indies was established, and in 2007 the label was divided into three independent publishing houses with joint distribution. In 2009, Indies Scope opened up the new agency Indies Production. For the entire 30 years, there has also been a music and music tickets shop. More than 800 albums and titles were published under the Indies brand, mapping, with few exceptions (The Frames), high-quality Czech and Slovak music. The original Indies has undergone development and a number of changes since its foundation in 1990. Although there are now seven different companies and affiliates (Indies Scope, Indies Happy Trails, Indies MG, Indies Distribution, Indies Store, Studio Indies, Indies Production), this brand is always associated with good music. 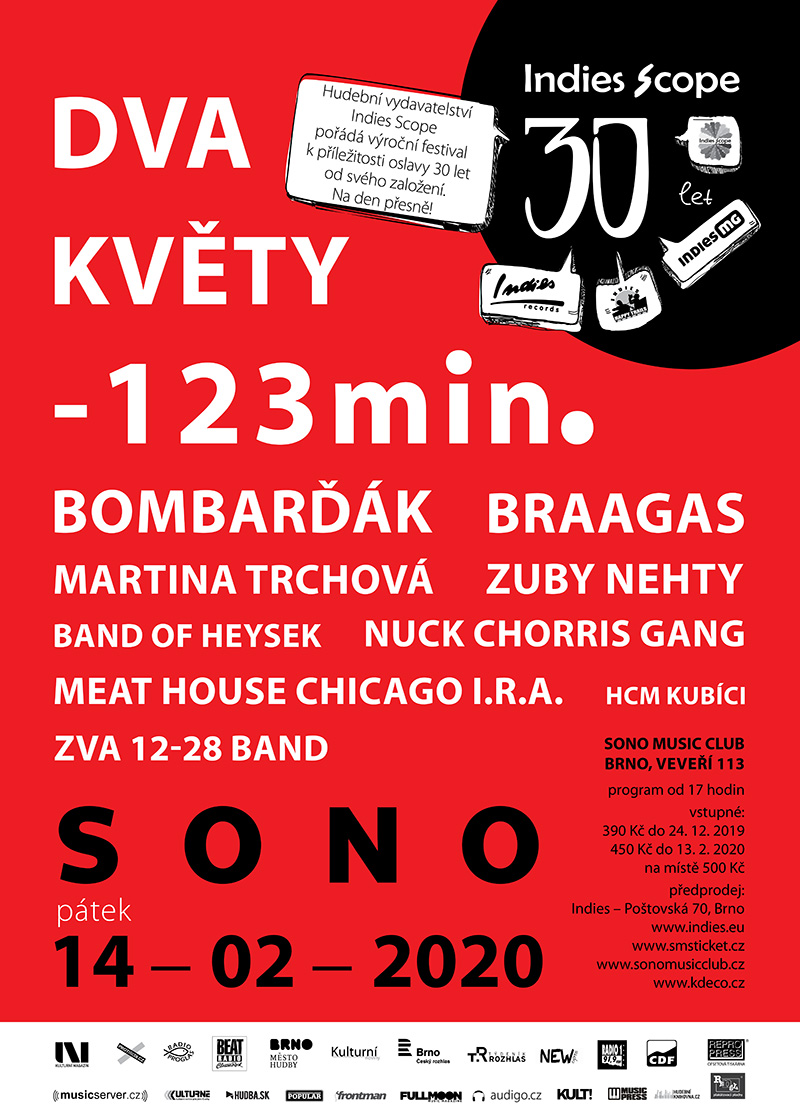