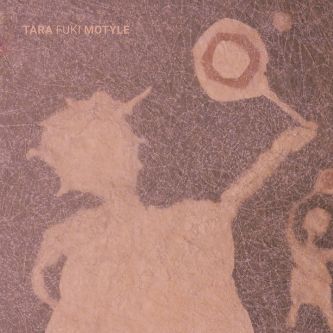 Poetic Butterfly Search With Tara Fuki - The duo Tara Fuki is celebrating its 20th anniversary and is releasing a new album Motyle.

For twenty years, Andrea and Dorota have been traveling together, playing, searching and discovering new amazing corners of life, which they imprint on new songs. Each new album by the cello duo Tara Fuki is a rarity and the new one called Motyle is released six years after the last album, Winna. Even now, Tara Fuki remain poetic in their work and their songs, while sounding fragile,  have an unprecedented inner strength. Out of the ten songs by Andrey Konstankiewicz and Dorota Barová on the new album Motyle, three are sung in Czech. The album is released on November 13.

The first song and music video that Tara Fuki released was the song Kdyby. To the surprise of many fans, it was in Czech. But Andrea admits that Polish will remain the main language for their songs: "Czech lyrics are always more of an exception in our work, because Polish with its sonic softness gives us bigger wings. However, somehow it came together and there will be three Czech songs on this record." In addition to the song Kdyby, which opens the whole album, there are two final tracks, Dlouhý pád and a slightly untraditional finale, Samoty. It is also unusual to invite a drummer for the recording. A special guest for a number of songs is Miloš Dvořáček: "Inviting Miloš as a guest on the record was a clear and only choice. He has a great talent for sailing into music sensitively and it was a pleasure to cooperate with him in the studio."

Tara Fuki have been preparing for the celebrations of their twenty year anniversary for a long time, and the recording of Motyle is one of the pieces of it. Thanks to the current situation, however, everything took on a different form and time schedule. "Protective measures and the fact that we each live in a different state complicated the creation of the record for us; it was supposed to be recorded in March and released in November. We can be glad that we finally managed to record it in July and the release party has been postponed to the spring of 2021", says Andrea Konstankiewicz, but immediately adds that it does not change the common joys of the twentieth anniversary. "We are very happy that this record is also a symbolic culmination of our 20-year collaboration. It's a big chunk of life that is connected with Tara Fuki's music, with searching for expression, sharing, traveling and discovering something new. "

The album is named after the song Motyle, which visitors of the duo's concerts could have heard a few years ago. "The song Motyle was the first of the new repertoire we have now recorded. It has beautiful Polish poetic lyrics: Open the door for a moment, butterflies sleep in the windows, the sun knows you don't want to hide…, which is imprinted in the lyrics on the whole album." And that was the reason why the song became the title song of the whole album.

Jarret sobě
Available on
buy from € 4.11