In 2008, voyages and dances will have a rendez-vous, Bran will navigate you, between through the traditional airs and compositions.
Songs with mysterious scent coming from the ancient Breton legends, adventure, melancholy and the purity of the chants of the sea, the compositions inspired by poems and the nocturne escapades in the old Prague of the Belle Époque…All this is the universe of the next album of Bran, little world where dreams has much to say, where dreaming, dreams, have the main word.

Founded in 1999, Bran brings Breton and Czech musicians together. If Bran means in Breton, the raven, which in Celtic legends is the messenger bird, then he has brought the music of Brittany to Central Europe… and a little wind from the East to Brittany…

The band expresses itself, express themselves in Breton, French and English, wishing to portray the Breton tradition of sharing and openness. Brought by the breeze from Awen, this droll bird does not know frontiers and it is between land(s) and sea(s) where Bran search for their inspiration.

The musical instruments used and the diverse influences and origins of each musician create, give, put, bring together the particular colorfulness which makes Bran original. Oriented towards dance and songs of the sea Bran offers a rich and varied repertoire made up both of the compositions its members and traditional Breton tunes.

Today, Bran is a live group which plays throughout the whole Europe… The three albums have given the testimony of our previous path‘s fruitfulness. 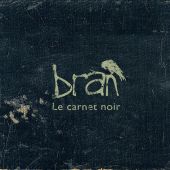 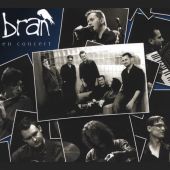