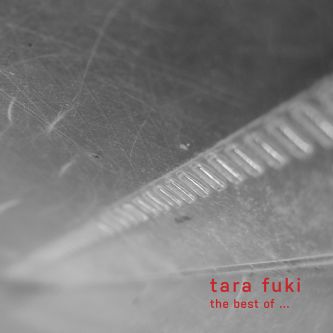 After a series of five albums (Piosenki do snu, Kapka, Auris, Sens, Winna), Tara Fuki presents a selection of their best songs. In addition, they introduce a so far unreleased track, the beautiful and delicate “V rytmu deště“ (In the Rhythm of the Rain), which is untraditionally not sung in Czech. The double vinyl, The Best of Tara Fuki, contain twenty one tracks, the CD version only twenty (missing track Dopis). Two ladies, two cellos, two vocals and their best songs.

All the albums are represented almost equally on this compilation and capture the gradual development of this unique music phenomenon on the Czech scene. The selection process was tough for Tara Fuki themselves, as Andrea Konstankiewicz admits “The beginning of it all was listening to all five albums; some kind of a reminiscing stage, sometimes pleasantly surprising and sometimes quite funny. The actual selection was difficult. How to recognize which track is the best? It’s so subjective. Finally, we tried to include not only the songs which were popular at our shows but also those which were almost never played live and so are not worn out. The hardest criterion was to fit them all on the vinyl without completely killing their original time sequence.”

The compilation of Tara Fuki’s best songs also includes the unreleased song “V rytmu deště“ (In the Rhythm of the Rain). “We’d originally planned this song for the album Winna, where it didn’t fit in and so we’re really happy that we’ve managed to put it on this compilation. And it’s a special one as it is in Czech,” confirms Andrea Konstankewicz.

Tara Fuki have a track of success behind them. Not only on the local scene, where they got awarded three music awards (Anděl), but also outside the Czech borders, where they recently performed as the only Czech band at the music fair WOMEX, and remained on the WMCE chart for three months with their album Winna. Despite of that, Andrea and Dorota don’t see The Best of Tara Fuki as the milestone in the band’s existence but rather as hindsight, reminiscence, which is good to keep. The future is, however, more important for them as they are going to “play, sing, compose new stuff, travel… simply live.”