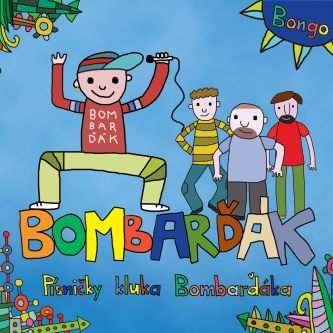 The album Písničky kluka BomBarďáka follows the successful compilation albums for children and their parents, called Bongo BonBoniéra and Bongo BomBarďák.  Unlike these two compilations, this album is an authorial album. This makes it far more balanced and the entire recording is full of insight and wit with authors’ flair for punch line and the children’s view of the world.

The animated 3B BomBarďák is no rookie. He fiercely entered the virtual band 3B just to start a band that bears his own name now.  And he turned three musicians into “bombarďák” as well and they recorded a funny, fresh and playful album. Since the beginning, the band has been accompanied by a hyperbole and bombarďák’s point of view:  “The music has no style, play whatever you like.” And the band holds tightly to this motto and adds:  “Jump until you feel like it.”  And this happens quite often while you listen to the album or visit the performance.

Bombarďák, a major figure, beatboxer and guide to the album Bongo BomBarďák, became at first the inspiration for the children’s musical theater performance called Příhody kluka BomBarďáka. The author of the performance and all the lyrics, Jirka Jelínek, forms the band together with Michal Dalecký and Filip Nebřenský who are responsible for the music.  The musicians certainly didn’t hold back and Michal Dalecký claims: “It is a mischievous style building on the principles of bombarďák’s opinions.  Ethno, slow song, punk, folk and folklore can be heard only with a BomBarďák.“

From the stage there was only a short walk to the recording studio Indies where, led by BomBarďák, the band recorded seventeen songs.  BomBarďák called the drummer Ondřej Pečenka as a guest in the studio; he is the drummer in most of the songs. Filip explains what the difference between the theater performance and the recording really is:  “One of these is songs about stories, the other one is stories about songs.“ In the studio, Johana Vaňousová helped with her singing in two songs; the trombone was played by Ondřej Galuška. The final work, mixing and mastering was done in the studio Jámor of Ondřej Ježek who, as usual, also helped BomBarďák with many other instruments. The result is an album of which Filip Nebřenský says: “We took inspiration in a famous cake recipe which was baked by cat and dog. Nobody knows what BomBarďák added there. Hopefully, nobody gets sick of it.” 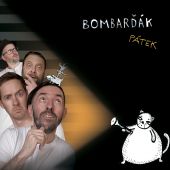 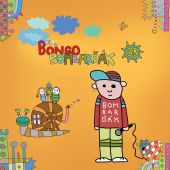 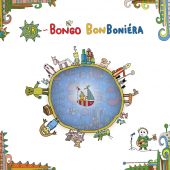 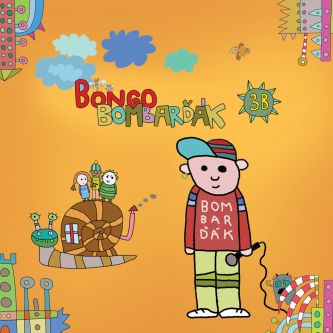 Bongo BomBarďák
Available on
buy from € 3.98 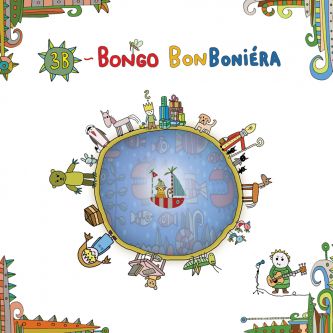 Bongo BonBoniéra
Available on
buy from € 3.98