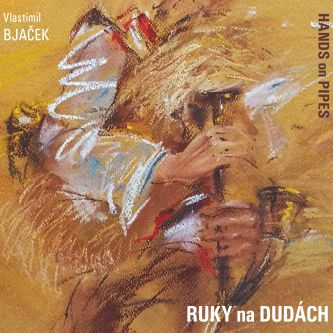 The album Ruky na DUDÁCH (i.e. Hands On Pipes)  is focused on the performance of Moravian bagpipes in the hands of one of the most experienced players in Moravia, Vlastimil Bjaček from Frenštát pod Radhoštěm, CR. The album contains folk and original songs interpreted in instrumental line ups from solo to groups with jazz rhythms. In terms of genre, it covers many areas, including archaic wood folklore, non-traditional music, world music, electronic and classical music. It is composed of newly shot material and films presenting Vlastimil Bjaček's twenty-year collaboration with ethnomusicologist Marian Friedl.

Bagpipes, a jewel of Moravian and Silesian culture, are viewed from many angles: on the one hand as an historical instrument representing one of the starting points of contemporary traditional music in the Beskydy Mountains, on the other hand as a contemporary instrument offering new and often unexpected interpretive possibilities and contexts.

The album includes a bilingual popular-science text by M. Friedl about bagpipes and their connection with the Carpathian regions. Bagpipes in Moravia and Silesia, referred to as ‘gajdy’, are a basic instrument of European folk music. For several centuries, bagpipes have also been the main instrument of the traditional music of the Beskydy and Javorníky mountains, both on the Czech side and on the Polish and Slovak side. The tradition of bagpiping has been preserved in continuity only in the Silesian Beskydy and Horňácko regions, but in other parts the bagpipes have been experiencing their permanent renewal. Tandem Friedl-Bjaček collaborated on the release of the album Písně Hukvaldských Beskyd, Beránci a vlci (Anděl Award), Beskydská Odysea, Píseň ZEMĚ, 111 PODOB LÁSKY. The album fulfills both an educational and popularizing function in profile. 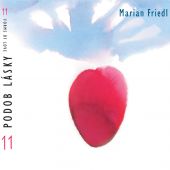