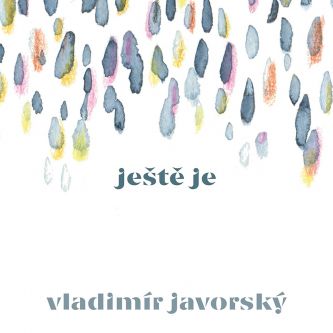 Vladimír Javorský is mainly known as a great film and theatre actor who has played dozens of film and theatre roles. But he also gains his audience on the music scene, whether through his solo performances with a guitar or ukulele in hand, or as a co-musician of Miroslav Kemel at his concerts and on his albums.

The album Ještě je (i.e. It Still Is) is the original debut of Vladimír Javorský, on which he sings mostly his own songs and plays the guitar. Marian Friedl, known for his albums Beránci a vlci (2016), 11 PODOB LÁSKY (2020) or Černobílý svět (2022), took on the production and arrangement work together with folk flutes, clarinet, small dulcimer and vocals. Friedl's longtime co-players, Petra Jelénková (vocals), Štěpán Flagar (piano), Martin Kocián (double bass), Michal Wierzgoń (drums) also perform on the album.

A word from the  producer Marian Friedla:

When producing Vladimir’s songs, I tried to understand his aesthetic parameters as much as possible and then develop small intimate compositions into real songs in such a way to underline their special, indescribable charm. An album was created that immediately draws you in and takes you through landscapes where you can relax from the burden of today. It radiates hope and love. You can hear a bit of chanson, jazz, classics, folk, a pinch of folk music from Eastern Moravia and Silesia, world music and much more... You will simply hear the soul of Vladimir Javorský singing.

A word from Vladimír Javorský:

Swineherd songs became real songs thanks to Marian Friedl and a great band. So hopefully they will make you happy.