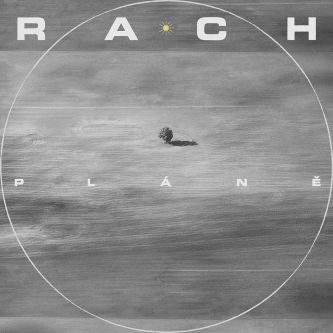 Expressive piano, original vocals and pulsating drums are the hallmarks of the young talented trio, Rach. They are now releasing their debut EP Pláně at the Indies Scope label. Four published songs shoot a new trio among the greatest hopes of the current alternative rock scene.

The Rach trio consists of singer and songwriter Eliáš Urban, pianist and composer Mikuláš Tichý and drummer Christian Krček. They invited the composer Jan Šikl, known from the projects of Za-belov Group, Korjen, or from the production of stage and classical music, who also became the producer of the record, to collaborate on the EP.

The band was originally formed by a chanson-tuned duo of singer and pianist, and with the arrival of a rock-based drummer, the idea of recording the first record began to materialize. "The album Pláně is, in essence, a record of the band's live performance. Producer Jan Šikl enriched the songs with bass lines and indicated the direction of Rach's next development,” explains Mikuláš Tichý.

The name “Pláně” (i.e. Plains} crystallized out of an effort to capture the band's musical and lyrical direction, which emphasizes the need for an “open space of the mind.” “We look for these spaces and resort to them in the desire to get rid of predefined everyday life, and they are also a space where the shapes known to us can appear and further chisel out. Whether it ends with a silly smile to the sun, a poem or a delicate melody that we transform into something that resonates with others. The term "Plains" also includes the fruit of a wild apple tree, possibly sweet and juicy, quite possibly bitter and indigestible. Our compositions can be like this,“ says Eliáš Urban.

The girl vocals of the actress Barbora Černá then appear in the song Kolombína. "I've had the desire to combine this song with the subtle element of a girl's voice in me for some time. In the end, the opportunity arose to try it with Bara, and I'm glad we took that step," Eliáš continues. Rach was formed in 2019; their home is in the Prague club scene and the EP Pláně is the band's first album. The artwork of the album cover came from the friendly workshop TheStuff.studio and the photos for the individual songs were created by Petr Jan-dera.