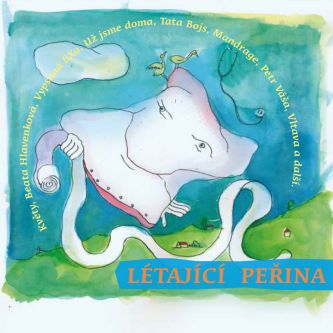 Some major bands of the Czech music scene got together and created a new album, Létající peřina (i.e. Flying Blanket). Vypsaná fixa, Mandrage, Vltava, Tata Bojs, Květy, Tornádo Lue, Zuby Nehty, Už jsme doma, Petr Váša, Původní Bureš, Krystyna Skalická, Mantaban, Iritující Pýchora and Beata Hlavenková wrote songs that will bring joy to children in hospitals in Bohemia and Moravia. Actors from the theater group, Loutky v nemocnici (i.e. Puppets in Hospital) will be giving them out during their visits, where they help especially little patients to laugh again. Members of Loutky v nemocnici also added two songs. Sixteen songs created especially for this compilation are released in this version for the first time on CD.

The strongest tracks are those that are directly related to the atmosphere in the hospitals. For example, Něco by se mělo stát (i.e. Something Should Happen, by Květy), Bublina (i.e. Bubble, by Vypsaná fixa) or the opening track of the album called, Dlouhý obvaz (i.e. Long Bandage, by Loutky v nemocnici) describe the feeling every child patient sometimes experiences. On the other hand, the varied genre and atmospheric mozaic of the album is supported by funny or melodious songs such as Romaduuuur (by Krystyna a přátelé), Bez přezůvek bos (by Mandrage) or Nehty ( by Iritující Pýchora). A new remix of the song Vítej (by Tata Bojs, Bert & Friends) or Kytky do nemocnice (kaktus a narcis) by Beata Hlavenková also finds its special place. Genre refreshment is brought by the neofolk song Raci (by Mathaban) or by Petr Váša with his physical poetry.

“I’m really glad that our idea got such a response from all those interesting artists and that they dedicated their songs to us and especially to the sick children. It’s great to listen to how they dealt with the assignment. Létající peřina (aka Flying Blanket) is filled with very good songs and I’m sure that when it arrives to the hospital rooms, it will bring some fresh air in there,” Marka Miková, the principal of the theater group, Loutky v nemocnici and the author of some of the songs, presents the album. Although, most of the albums are heading to the hospital beds, you can get it in regular distribution to support the activities of the theater group, Loutky v nemocnici. The album will be available at good music dealers and at www.indies.eu.

The album will be presented in August 24th at the UNITED festival where Loutky v nemocnici will perform, later on at the festival EUROTRIALOG MIKULOV, where the CD will be released by the bands Květy, Zuby Nehty and Už jsme doma, and the day after by Vypsaná fiXa and Mandrage at the festival Hrady.cz.

Actors and musicians under the wings of the non-profit organization, Loutky v nemocnici, have been visiting child patients in hospitals all over the Czech Republic for 13 years. They sing songs and play puppet shows for the hospitalized patients. They do over 500 visits a year. They don’t bring only “ordinary” puppet shows. “We play with children and for children. We offer them immediate communication and children are involved in each play: they suggest things, help, create stories, play with the puppets and often share their sorrows with us. We’ve also started visiting seniors in selected departments for long term patients or in hospices. Even here, the story, puppet or a song can do miracles,” says Marka Míková. 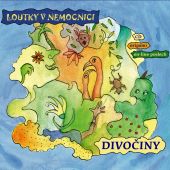 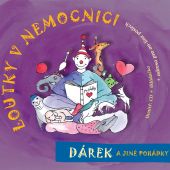 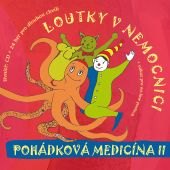 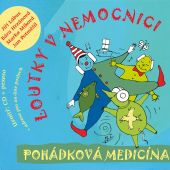 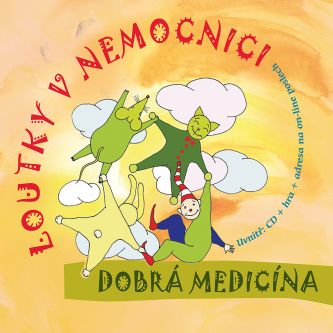 Dobrá medicína
Available on
buy from $ 4.38