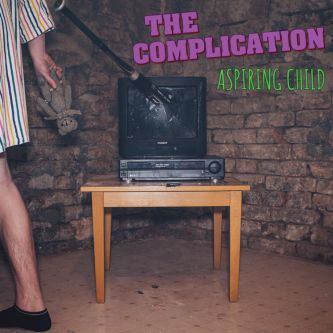 They aspire to be the discovery of the season. The Complication have a drive, make music their own way and the result sounds great!

The talented quartet, The Complication with their second album Aspiring Child screams for attention. The dedication, which pours out of them on stage, has transformed into an energetic charge even on their second album.

In music based on loud guitar, dense bass and dynamic drums, despite all those torn strings and broken drumsticks, you can find catchy melodic lines and expressive choruses using the vocals of all band members. With the charismatic frontman and vocalist Jackob Sence, the band won’t let you rest and when listening to them you’ll wish this ride never ends.

The new album, Aspiring Child, is coming out almost three years after the debut U (2014). “The album title is based on the song, which concludes the whole record,” the singer, Jackob Sence, reveals. “Its lyrics work perfectly as a parallel to the recording process.”

It was recorded in BombJack Studio during the summer of 2016 and produced mainly by Vašek Dreiseitl. “His view from outside added a new dimension. And frankly, none of us would have come up with the idea to use a harp,” Jackob Sence adds. The album, or the band doesn’t hide their inspiration in the rock music of the 1990s, when the music world was ruled by Rage Against The Machine, Faith No More or Red Hot Chilli Peppers.

The Complication have been part of the scene since 2009. At that time, the band members, two brothers and their friend, were between 15 and 18 years old. The current lineup has been playing together for four years. “In 2012, our singer, Jackob Sence joined the band. We finally had the feeling that he was serious about doing music as we did.”  says the guitarist, Radek Jeníček, and adds: “Jackob’s not only got a great voice but we also get on really well.” The fact that the current lineup has a drive and promising career ahead of them is being confirmed by being chosen to participate on the international showcase festival, Nouvelle Prague, last Autumn, where they showed to  top experts from the Czech Republic and the whole world that they can withstand the strong competition both from local and international bands.

The band started to cooperate with the agency, APPLAUSE booking, which represents such acts as Lenka Dusilová, Zrní or Poletíme?. And the album is released on the label Indies Scope. “We plan to play a lot and present ourselves to a wider audience,” says the drummer, Daniel Jeníček. “We believe that the record will be successful. The first responses sound exciting.” Simply, The Complication, thanks to their talent, quality and diligence, are poised for a bright future. 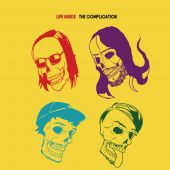 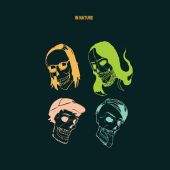