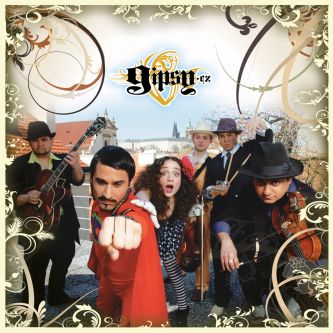 Gipsy.cz invites Europe to embrace the culture of music and rhythm Aven Romale!
Well known Czech band Gipsy.cz is inviting millions of european TV viewers to join its world: to feel like gipsies, to discover the miracle of music, to see into the mirror of rhythm.
Aven Romale: 'Come On Gipsies' – that's the name of Gipsy.cz's song at the Eurovision Song Contest 2009, which takes place in Moscow.

Internationally, the most successful Czech band of our times: A cheeky combination of hip hop, gipsy music, r'n'b, pop and many other influences, Gipsy.cz have been astounding people from Glastonbury to Ljubljana, from Lisbon through Kiev and on to Seoul. Effervescent singer, rapper, composer and all-round entertainer Radoslav 'Gipsy' Banga, along with the experienced and famous Czech gipsy violinist and singer Vojta Lavicka, serve up this unique energy cocktail for your joy and pleasure, with more than just a little help from the young  talented musicians.
Many live performances at the biggest Czech festivals, concerts and clubs, top czech music awards,  the Golden Album for the sales of the first album Romano Hip Hop and the success of the second album Reprezent among the fans and audience in the Czech Republic and aboard show the success of the band in the Czech Republic. In addition to many television performances, the band also performed twice in the national rounds of Eurosong in 2007 a 2008.

Gipsy.cz significantly helped the mutual understanding and better communication between the minorities and the majority society. In 2007 Radoslav Banga became the national ambassador of the European Year of Equal Opportunities for All.

Gipsy.cz invite the world to join Eurovision's best party with their hip-shaking, feel-good anthem 'Aven Romale!' Loved by millions of Czechs for their life-affirming melodies and swinging party spirit, Gipsy.cz is just too good for us Czechs to keep for ourselves: forget the kitsch and come help us celebrate Europe's funkiest home-grown music!
Aven Romale - Come On Gypsies! is the official Czech entry to the Eurovision Song Contest 2009, Moscow. The first semifinal show will be broadcast on May 12th. Sing it with us - Aven Romale!

The great position of the band on the international scene is also proven by its participation at the legendary festival in Glastonbury, Great Britain, where it performed as the first Czech interpret ever. People saw Gipsy.cz at many festivals in the Netherlands, Belgium, UK, Romania, Hungary, Ukraine and  South Korea, among others.
Czech and foreign reviewers highly praised both albums. The European journey of the most recent album Reprezent (released by Indies Scope Records in co-production with Mars Promotion and Colours Promotion) started with the biggest Czech success – the 3rd place in World Music Charts Europe (WMCE) in October 2008.  The band’s albums are being also successfully sold in Germany, Switzerland, Austria, the Netherlands, Belgium, Great Britain, Japan, Italy, Spain, Portugal, South Korea, etc. The songs from both albums are in many compilations dedicated to world music as well as Romani and modern music fusions.
The prestigious British magazine Songlines gave Reprezent all five stars, referring to it as Top of The World, and included the song Benga Beating in its sampler.
The band’s video clips were shown on MTV, on Nat Geo Music Fox Channel in Italy or on LinkTV in the USA.  The songs of Gipsy.cz have been played by more then 200 radio stations around the world, and their videos on YouTube viewed by approximately two million people represent one of the most successful Czech acquisitions in this modern medium.
Gipsy.cz perform now as a six-member band that comprises of Radoslav “Gipsy“ Banga, Vojta Lavička and young talented musicians, students or graduates of the Conservatory of Jaroslav Ježek. 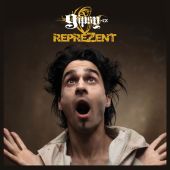 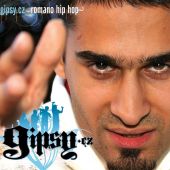 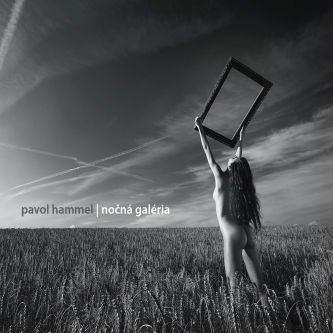