Afro Celt Sound System are back with Capture (1995-2010) - a career-spanning double album that cherry-picks from the collective's five acclaimed studio albums. Specially remastered for this release.

When cultural historians and musicologists look back on this era, it might not be rock and roll and rap music that dominates their retrospective vision. It might be the burst of cross-cultural fertilization that took place in music as technology, global communication and economical trans-continental travel brought the sounds of the world together. Plugging into this development, Afro Celt Sound System executed a pan-global convergence that was so organic, you couldn't understand why it wasn't always this way.

By the time of their debut in 1996, cross-fertilization was already the musical vernacular of our era.  But Afro Celt Sound System emerged from a profound realization of the connections between ancient and modern, the seeds of one planted in the fields of the other and then blown back on planetary winds, transformed.  They weren't dabbling, using ethnic sounds for color or exoticism.  They were creating an electro-charged global fusion that promised a new musical relationship, one born from collaboration, drawing from ancient heritages wedded to modern electronics.  The evidence is here on Capture, from the opening electro-African-Indian-aire of "Lagan" to the closing dervish of "Whirly 2."

Afro Celt Sound System wasn't supposed to last beyond one recording, let alone five CDs, (two of them Grammy-nominated), a remix album and this collection. They were an ad hoc group, one of many that got together in 1995 at Peter Gabriel's Real World Studios in the west of England. But the Afro Celts had something many of the other assemblages didn't: a vision.

Initially, that vision was a merging of African and Celtic music, weaving the threads of griot melodies and Irish aires, djembe grooves and bodhran beats, Celtic harp melodies and kora cycles. It was all wired into the circuit boards of electronic beats and synthesizer atmospheres pushing the music to another level, while transporting audiences to a higher ground, especially at festivals where the Afro Celts are favorites.  If you saw them live, you'd experience a band who start at joy and quickly morph into rapture. An Afro Celt Sound System performance is a celebration at the global village crossroads.  They make you think that maybe the world really was all one.

The Afro Celts pushed world music to the extremes, but they also challenged their own concepts, bringing in distinctive contemporary vocalists to spin their music in new directions. Sinead O'Connor appears here on the passionate lament, "Release" and Peter Gabriel on the buoyant "When You're Falling."  When Robert Plant stormed the ramparts of "Life Begin Again," they echoed Led Zeppelin's "Battle of Evermore," only with a pounding African groove.
If movies start rolling in your head as you listen to Afro Celt Sound System, you're not the only one.   Their combination of epic instrumentals and poignant, sometimes heart-breaking songs put them on the radar of film directors and music supervisors from Hollywood to Bollywood.  Several tracks on Capture have been to the movies.  "Chosen" was part of their score for ‘Hotel Rwanda.’ Martin Scorsese picked "Dark Moon" for ‘Gangs of New York’ while Pedro Almodovar deployed "Whirly 2" in ‘Live Flesh.’ Stigmata, Duma, Tristan & Isolde the list goes on. Film directors see what listeners feel in Afro Celt Sound System, music of panoramic vistas and deep emotions.

Ultimately, Afro Celt Sound System is music of connection. Each element is distinctive,  but unraveling their seams, trying to determine where the bodhran rhythm begins, the djembe groove ends and the electronic beats plug in is like trying to find the beginning of a Celtic knot. It's a euphoric, often hallucinatory whirl that hurtles in a roller coaster of delirious rhythms, instrumental cross-cutting and vocal incantations that leave you spinning.

Capture celebrates 15 years of exhilarating music from Afro Celt Sound System, but it also signals a new chapter for this band that is making true music of the 21st century.  There are new grooves to discover, new melodies to sing, and old traditions to be reinvented, and Afro Celt Sound System is prepared to bring them together in their sound magic. 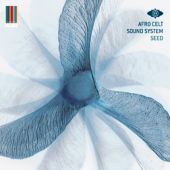 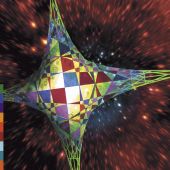 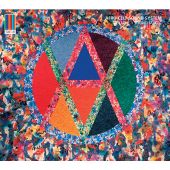 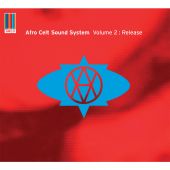 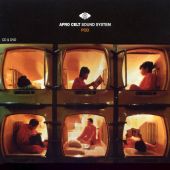