Two planes: a wolf and a dog one. Two principles, which we all have. Two different halves, yet interacting with each other, are implanted into the album, Září (i.e. September)

silently prepared by the multi-headed orchestra, Zvíře jménem Podzim (i.e. Animal Called Autumn). It is connected with their eponymous album through their Czech lyrics and specific signature of the growing talent of Jakub König, yet it is much more colourful. The producer Pjoni, with the assistance of an animal called Aid Kid, turned the recording into one of the strongest electro-pop albums, which has ever been released in the Czech Republic. It is credible, full of tenderness and hope, saturated by the throbbing heart of a human animal.

It was originally a project for one album and two to three years of live shows. Then the final EP started to get its contours. The animal, however, began to live its own life. Unplanned. “I just couldn’t get this set of songs out of my head, I asked the others and we decided to record them. Nobody expects anything from us, which is great in itself. The second album is a great goodbye present; we’re gonna do the Autumn tour, but after that, we will send our beloved animal to festive sleep. This giant thing can’t be dragged indefinitely and must end in time. And since Září is a kind of extra, such a great bonus, we wanted to enjoy it and have a good time. That’s also why we contacted Pjoni. And we didn’t have to persuade him,“ says Jakub König.

Already with the title song, Září, Zvíře jménem Podzim, develops a subtlety that has been recently defined by Bratři Orffové. "Skoro jsem uvěřil, že to po čem pátrám / Není víc, než jen mý zbožný přání / Skoro jsem uvěřil tomu, že jsem špatný / Rozbitý, slabý, pokažený, zlý a sám," sings König in Zářící, one of the essential songs of the album (which could be translated as  “I almost believed that what I was looking  for / Wasn’t more than my wishful thinking / I almost believed that I was bad / Broken, weak, spoiled, evil and alone…”). “It was the first song that made me realize we would have to make another record. That it was an important moment for me as an author. New perspective. Like the experiences behind the song and represent new perspectives in my life,” claryfies König. Declamation of Ondřej Mataj and the rhythm of the song, Vlčí srdce, brings the band unexpectedly closer to the hip-hop scene in style, as in Ondřeje Anděry or WWW. 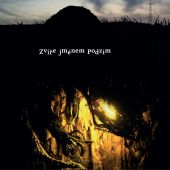 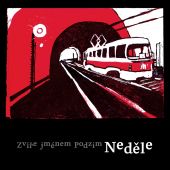 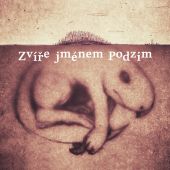