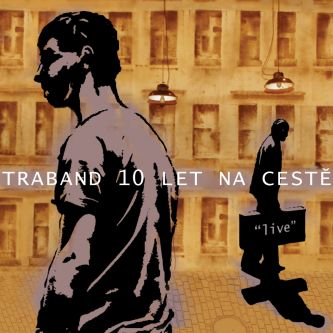 Traband - 10 years on the road
For 10 years already, the Traband band has been journeying the European stages. The anniversary concert had excellent atmosphere, the stage was visited by the former members of the band (Petr Vizina, Přemysl Haas, Michal Kliner) and by guests (Václav Koubek, Vladimír Javorský, Naholou 25 and others), who came to congratulate to Traband and also to play with the band on stage.

Now a CD and DVD record is released of this concert despite Jarda Svoboda did not regard it with much favor. “Live? Is it possible to let oneself get stuffed in a can and still to be alive? I am not a fan of “live” records, I prefer more concentrated work in the studio. No media is capable of recording things thanks to which “live” concerts are live: emotions, atmosphere of commonality, sharing, zest jumping from the musician to the audience and back, aroma, scent etc. all these are elements without which each “live” record is a zombie. And why this recording took place at the end? “When we received the offer to celebrate our tenth anniversary with a big concert and its record I told myself why not to throw a good party to which we invite all our musical friends and former co-players and cast our minds back? After all, “without the beginning the end also will get lost”, as Vašek Koubek sings."

And thus the CD (19 compositions + new animated video clip) and DVD (31 compositions + video clips and document made by the Czech Television) show 4 so far never released compositions V čekárně u doktora(At the doctor’s waiting room), Na druhý břeh (To the other bank), Tlustý muž v zrcadle (Fat man in the mirror), Stáda (Herds) and compositions from the first, standard, already sold out album (Markéto! (Markéta!), Přijíždí posel (Envoy is coming), Leží dáma na kolejích (There is a lady lying in the rails), Jak to všechno pěkně roste (How it all grows so nicely), Orel & panna, Sáro! (Heads or tails, Sarah!), Nezdárný syn (Naughty son), Krysy (Rats). Naturally the hits from the albums Kolotoče (Merry-go-rounds), Road Movie and so far their most successful album Hyjé! (Gee up!) (Černej pasažér (Fare dodger) or Nemám rád trpaslíky) (I do not like dwarfs).

Finally we may only add that Traband is going to have a break and for at least one year it is not going to give any concerts. The result of this should be not only a standard CD and a new sound of the band that feels that “it’s the time to take just another way”. There is nothing else left for the fans of the band than to go to one of the concerts that will be organized until the end of the year or to buy the newly released CD or DVD. 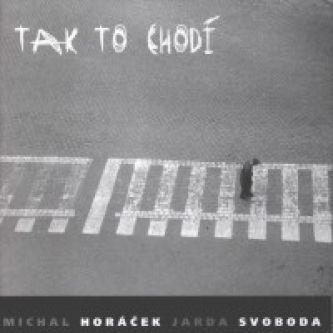 Kocourek a horečka
Available on
buy from $ 4.51