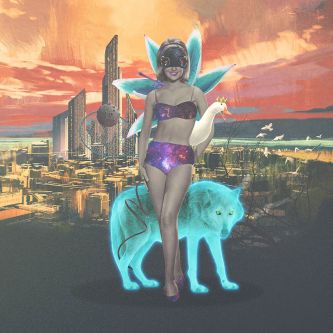 It changes constantly. Launches you with the speed of light. Does not take music styles, forms and conventions into account. You never know what’s coming next and when it’s over, it feels like a round the globe jet ride. That is the Android Asteroid’s new album AMOEBA.

This is not the first time the two Czech music producers teamed up with some of the top musicians of their generation to send a record out. Within sixteen years of cooperation Konupka/Pospisil produced six albums, four of them with the current project Android Asteroid, hit the radios, the MTV, delivered the first Czech project ever to The Abbey Road Studios or put up a live session at the Red Bull Studios London with Dj Vadim and Yarah Bravo.

Their last album Íkaros (2014) has been nominated for the Czech Music Awards in Hip-Hop category. With the new release Android Asteroid goes much more up-tempo than any of their previous tunes, but digging any deeper to define AMOEBA’s music style makes no sense at all. Every track is a different emotion blast in both sound and “picture”.
“One moment you party at a discotheque somewhere in NYC of the 80’s to be shot into the Space sitting on a Russian POLIVOKS synthesizer a few seconds later. You take a walk in a Japanese garden, ride into a Saloon on a horse, riot the streets with a hundred thousand people, or lay back on a blue carpet cruising the Oceans. That’s why we call it Ameba. Plus of course, Amoeba is the Goddess who saves Princess Goose and the Electric Wolf.“ say the Android Asteroid’s creators Tomas Konupka and Jan Pospisil commenting on the “plot” and the album’s artwork.

Amoeba is a set of original tracks and music collages of old vinyl record samples and a live band studio sound. With the album’s artwork created by Pavel Fuksa, and the master executed by Stuart Hawkes/Metropolis Studios London, Amoeba is now available on iTunes, Spotify, Tidal, Napster and Google Play. A crowd-funded release of a vinyl LP is coming in June. 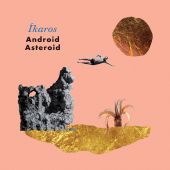