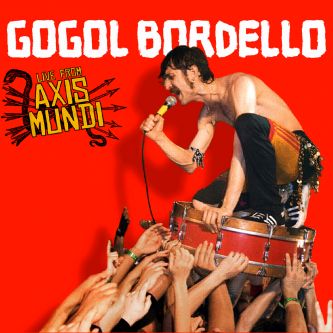 Internationally acclaimed and unstoppable Gypsy punk band Gogol Bordello has spent most of the
last few years electrifying audiences across the globe including performances at some of the most
popular music festivals around the globe including Coachella, Bonnaroo, Lollapalooza, Glastonbury,
Fuji Rock in Japan and a performance at last year’s Live Earth at Wembley Stadium in the UK.
“Live from Axis Mundi” is the ultimate fan piece. The CD features six tracks from the band’s BBC
Sessions, a previously unreleased track from the Super Taranta! recording sessions and three live
tracks from Irving Plaza in NYC. The DVD captures Gogol Bordello’s legendary live show over two
nights in 2008 @ Irving Plaza in NYC, featuring all the fan favorites live for the first time on one DVD.
The DVD includes over an hour of bonus features including additional live footage, the band’s video
discography, candid interviews, behind the scenes and in-studio footage that give the viewer a better
understanding of these colorful gypsy punks.

DVD includes over an hour of bonus footage including videos for: Start Wearing Purple, Not A
Crime, Wonderlust King, American Wedding and the original video for Dogs Were Barking.
Behind the scenes and in the studio footage from two different directors, additional live footage
from over the years and the following bonus live tracks from the Irving Plaza sessions: Immigrant
Punk, East Infection, Avenue B, Harem In Tuscany and Mala Vida

* Gogol Bordello has scanned over 200K copies in the US
* New album produced by Rick Rubin due out Q1 2010 via Columbia Records
* One of the premier live acts in the world.
* Full national publicity campaign from ID-PR. The band has received critical praise from most high profile outlets around
the world over the past few years.
* Video being serviced to national, regional, local and internet accounts via Hip Video Promotion
* Servicing College Radio and Alternative Specialty via The Planetary Group (previous album peaked @ #9 at CMJ)
* Singer Eugene Hutz is also well known for his acting career, starring alongside Elijah Wood in “Everything Is Illuminated”
as well as in “Filth or Wisdom” the directorial debut from Madonna.
* Gogol has rocked just about every major festival over the past two years including: Bonnaroo, Coachella, Lollapalooza,
Reading, Leeds, Glastonbury, All Points West, Fuji Rock, Mile High, Rothbury etc. etc. 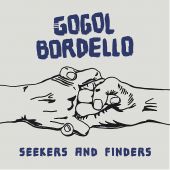 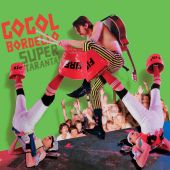