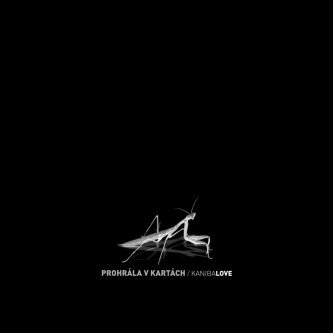 The new and third album of the Prague guitar band PROHRÁLA V KARTÁCH is entitled KanibaLOVE, is a double album and will be published by parts. The album, characterized by a rougher guitar sound than in the previous albums, but with the same potential, was accompanied with hard luck during the recording. The fans’ nerves have been stretched but the result is worth it!


The double album KanibaLOVE, published by Indies Scope Records in May, started to be recorded as early as a year and a half ago. The musicians went to the studio with the intention to make a rougher and garage-like recording, “although such was the intention with the previous albums, too. Now we finally succeeded, maybe thanks to the fact that we could record in the same way as when we play, that is all of us together,” says Filip Horáček. In the fall 2007 PROHRÁLA V KARTÁCH with their favorite producer Jenda Šmejkal locked themselves in the magical studio Faust in Prague Dejvice, in order to launch the album in time. “It began unexpectedly smoothly. In September 2007 we booked five days in the Faust studio and in the middle of the fourth day we had almost everything we had wanted. Only a few texts remained to be finished, singing recorded and some guitar and a few guests added.” Among guests who enjoyed recording in the studio were Canny and Olga from OBŘÍ BROSKEV, saxophone was played by our friend (and band-chaser) Ruda Rigo, and the producer himself Honza Šmejkal had his say in playing, too. Alas, when everything was ready, the guitarist Márfi tore his lung through and ended up in the CCU. When he was up and about after several months, there was no date available at the studio. And when there was one, it was the producer who fell seriously ill. And so the completion kept being postponed... However, all is well that ends well, and now KanibaLOVE are finished and ready to be published. It is a happy ending of the story of one recording and an excellent start of a new era of the band.

Prohrála v kartách originated sometime in the middle of the 1990s in the Prague club Malostranská beseda around Filip Horáček, who shortly before had dissolved the rather popular punk band Stalinovy oběti.  It was not easy with Prohrála v kartách in the beginning. Once it had almost fifteen members (among others it included percussionist Pavel Skala, known from ETC, Marsyas or Žentour, for three years), and the only clear thing was that the “punk box” was too tight and that they simply wanted to make music! The history of Prohrála v kartách proper started to write itself as late as in 2002, when the debut album Žádný čáry z nebe (No Magic Tricks) was published. In 2006 it published its second album praised by critics, Jaký to bude za vodou (What It Will Be Like on the Other Bank). A tour with Divokej Bill followed. “We were able to perform and show to crowds of people what we played during those several months, which was great as well as the whole party in this expedition. It is true that since then we have often been referred to as the band that supported Divokej Bill, which doesn’t say anything about what and how we play. Nevertheless, the experience was worth it! Did it take anything away? A few people were angry, but I have never enjoyed this pretension game “I am playing with him, not with him, maybe with him”. Divokej Bill invited us themselves and they meant it, and I do not regret; the contrary is true,” concludes Horáček for Prohrála v kartách.