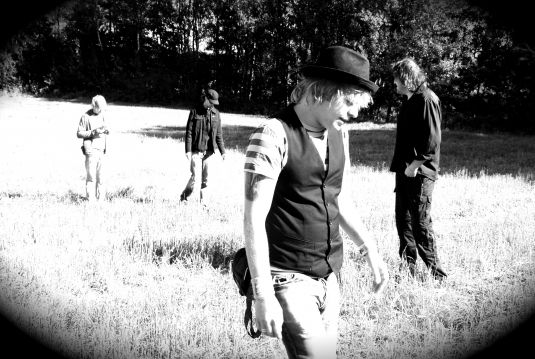 Prohrála v kartách originated sometime in the middle of the 1990s in the Prague club Malostranská beseda around Filip Horáček, who shortly before had dissolved the rather popular punk band Stalinovy oběti.

It was not easy with Práhrála v kartách in the beginning. Once it had almost fifteen members (among other it included percussionist Pavel Skala, known from ETC, Marsyas or Žentour for three years), and the only clear thing was that the “punk box” was too tight and that they simply wanted to make music!

A lot of songs have been composed since. Some were forgotten immediately, others later; of some of them however, the well-known music journalist Honza Dědek (Reflex) said that particularly among the people around Malostranská beseda the songs almost became part of the folklore. And some got awards. The first one to appreciate them was the Academy of Popular Music, and so Horáček takes over the Anděl prize for co-authoring lyrics of Anna K.’s hit Nebe (Heaven). But, that is a different story.

Prohrála v kartách began to write its own real history as late as in 2002, when it had decided to take on a more serious approach and launched its debut album with B&M Music, entitled Žádný čáry z nebe (No Magic Tricks).

Let us go back to the reaction: „The long-awaited debut album full of sharp pop-rock songs is a serious candidate for the title Home Discovery of 2002... If you wish to have it included into the coordinates of Czech scene, they are rawer than Kryštof, by 180% truer than Chinaski and not at all as helpless as the last CD of Lucie...” was reported in the then journal Show, which does not exist any more.

And we should also quote Lidové noviny, as it is probably an eternal paper: “We often complain of the stiffness of Czech pop-rock scene, particularly that part, which has a chance to capture common radio listeners and at the same time does not offend an intelligent listener. The debut of Prohrála v kartách is evidence of the saying ‘Seek and ye shall find’.”

At the same time, Prohrála v kartách changed its image: it reduces the instruments by the keyboard and the too distinct accordion, a new percussionist takes his place, by the way the greatest living spaceman, chatterbox and future academic graphic artist Matouš K. Řeřicha (beside others, the author of statuettes Česká hlava, awarded for significant scientific work) and in the course of work on the new album the guitarist Kontra (formerly Spanish Fly’s, Manželé, Domácí kapela, now The Ritchie’s Success) with the fresh Márfi. Out of the original set only the reliable bassist Posel and unique frontman Horáček have remained)... in the spring 2006 Prohrála v kartách launches its second, much praised album Jaký to bude za vodou (What It Will Be Like on the Other Bank) (EMI/Monitor) and subsequently it successfully supports Divokej Bill as the only, and thus exclusive guest of its seasonal concert mega tour of halls, stadiums, castles, open-air theaters and parks of the whole Czech Republic. 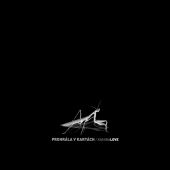