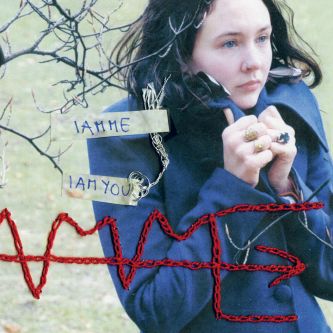 Iamme Candlewick is a songwriter, singer, busker and a member of BuskerVille from Prague. During the last two years she has been travelling the world with her guitar Dolores. Iamme has put her experience and inspirations into songs, which you can listen to on her brand new debut album I Am You. Also, together with her colleagues from BuskerVille she managed to legalize busking and established Fete de la Musique in Prague.

During the year 2012 Iamme recorded songs she wrote travelling through America, India and Europe in a recording studio. The project has eleven songs now, each has a different arrangement and participating befriended guest musicians such as Mário Bihári, Petr Eichler, Martin Zbrožek, Bharata, her father Pjér la´Šéz and others. Štěpánka Bláhovcová is working on the booklet (stepankablahovcova.cz).

The whole project resembles a travel diary and reflects on the last two years of Iamme's life she has spent travelling through inner and outer worlds. You can hear the river Ganges flow, the rampage of a snowstorm near the Canadian border, you can smell a freshly mown field in the south of Europe. "Sometimes I am hidden under a palm and at other times running up the hill and I always meet kindred souls and learn how to live my life," says Iamme.

Musical motives and inspiration come from cooperation with musicians from different edges of the world - folk scene of american underground clubs, indian mantras and sufi motives, Izraeli religious singing, hobos on the road and czech songwriting.