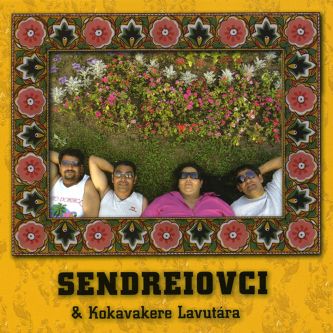 This is the Romany folklore in its authentic form, when the joy of music and singing wins over any other criterion. Vladko Sendrei and his wife Janka from Kokava nad Rimavicou included twelve Romany folk songs, five re-arranged songs by Věra Bílá and one song by Andrej Giňa jr. on the album. The album is distinguished by raw and entirely natural sound. Viewers of Markíza TV have had the opportunity to enjoy the Sendrei couple in recent years. They starred not only in the Exchange of Wives show, but also in the independent series “The Sendreis”. People have almost forgotten that they have performed with the band Kokavakere Lavutára for almost ten years. Although the composition of the band often changes, the main star has always been Vlado, and as a singer and presenter also Janka, who sang all to way to Carnegie Hall thanks to her splendid voice. Audiophiles probably will not be entirely happy with the recording, but fans of Phurikane Giľa, capturing the Romany folklore in its authentic form, will celebrate it. The album is published within the license of the Slovak publishing house Pavián Records.