The inspiration and the first initiator of a renowned, formerly girls’ choir, today women’s choir called Polajka was the former director of Wallachia Open--Air Museum Jaroslav Štika (1931–2010) in 1972, the founding members were his wife Eva Štiková and his daughter Eva Štiková, married Porubová (*1958), also Jarmila Maleňáková, a renowned dulcimer player and a teacher Irena Děcká, Pavla and Zuzana Porubová, Vlasta Křeménková and Jaroslava Štruncová (wife of the bandmaster from Rožnov, Jaromír Štrunc and the mother of an excellent dulcimer player and bandmaster of Cimbal Classic band, Dalibor Štrunc; her son’s band is accompanying the ensemble on an excellent album Vánoce v Rožnově – VMP 1996). The ensemble is distinguished by their pleasant polyphony and the “raw” interpretation without unnecessary embellishments; the ensemble was actually created to order for the needs of the program in the open-air museum in Rožnov, they performed hundreds of concerts there. In their wide repertoire, there are tens of ceremonial songs, funny songs, craftsmen songs, carols, ballads and horror stories from craft fairs. They performed many times abroad, all around Europe and overseas as well: the ensemble represented Wallachia at the folk Festival of American Folklife in Washington. The only profile album is from the eighties – LP Polajko, polajko (1984, Supraphon).
The leading personality and also en excellent solo singer is Eva Porubová, née Štiková (*1958). After graduating from high school in Rožnov she worked as a guide in Wallachia Museum in Rožnov, since 1988 as a program dramaturge. She sang in Polajka since her childhood, soon she made her way into the popular TV program from Ostrava studio called Vonička z domova. As a soloist she has worked with the DB Technik, with BROLN ensemble, with the DB Polajka and recently with the DB Kotár. Although the number of her radio recordings and songs recorded on audio media goes to tens, she doesn’t have her own profile album yet.
-Helena Bretfeldová- 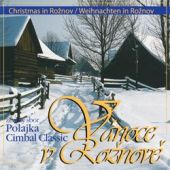