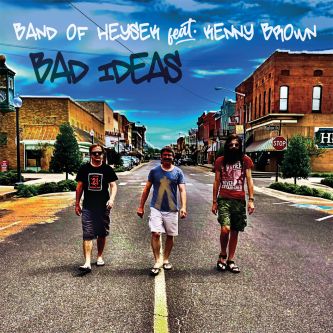 The trio Band Of Heysek presents another album, recorded in places saturated with the original Mississippi blues. A US trip became a studio session, and the blues rockers Band of Heysek brought back two complete albums. The first, Juke My Joint, has been in stores since last March. The second recording is now being released. Called Bad Ideas, unlike its predecessor it’s written entirely by the band. The star guest is a local master of the raw and authentic "Hill Country Blues" style, Kenny Brown.

The Brno band spent two days last year in a studio in the village of Water Valley. An album a day. And on each album was played legendary guest guitarist Kenny Brown. Again, recordings were done using good old analogue techniques, directly onto tape, live, all together.

“We had a few songs ready, which we finished in improvised conditions on the road in Mississippi. Other new songs were inspired by the local atmosphere. We’ve got great memories of the rehearsal when we were staying at the Shack Up Inn in Clarksdale. These are authentic tin huts surrounded by cotton plantations. There are lots of acoustic guitars to borrow at reception. It’s a very popular place for musicians, and gigs are a regular thing. So we borrowed two guitars, I had drumsticks, and in the afternoon before the studio trip we had our last rehearsal in the unforgettable atmosphere of these sharecropper shacks.” says Lukáš Kytnar from Band Of Heysek.

When, in the autumn of 2018, Band Of Heysek accompanied representatives of the so-called Hill Country Blues at Šumperk’s Blues Alive Festival, no one knew what the consequences would be. In the summer of 2019, the Brno band was invited to the mountainous area of northern Mississippi for the iconic North Mississippi Hill Country Picnic blues festival. They combined this journey with other concerts and trips in the cradle of the blues. The highlight was recording in a studio in Water Valley, together with contemporary blues icons Kenny Brown and R. L. Boyce.

Two days in the studio gave rise to two albums. The first has been spinning record players since the spring lockdown, the second album Bad Ideas has been waiting for the autumn follow-up. This time it’s all original material from Band Of Heysek. “Before recording each song, Kenny and I went through the structure a bit, and then the red light came on right away. Kenny's guitar magically intertwined with mine, and its sound was perfect. Everything was recorded analogue and, of course, live. Blues Alive! We had all nine tracks down on tape by evening.” recalls guitarist Honza Švihálek.

Kenny Brown is an experienced slide guitarist from northern Mississippi; the legendary R. L. Burnside called him his “adopted son”. His guitar complements the frontman, guitarist and singer Honza Švihálek. Rhythmically, the whole recording is supported by Mojmír “Bob” Sabolovič on bass and Lukáš Kytnar on drums. Bronson Tew (a collaborator of Fat Possum, founded by Bruce Watson) did the analogue recording and mixing, using instruments that helped write the history of blues and soul music.

The combination of Moravian “shovel and mattock” (lopata krumpáč) blues and “hill country blues” from the area south of Memphis is truly unique. And fully functional. You can hear how much these boys from Brno really enjoyed their American trip. Now, you too can savour their "American dream" come true. 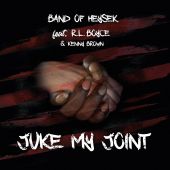 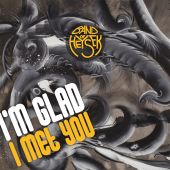 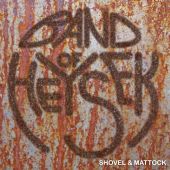