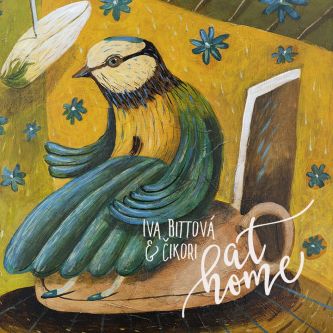 Iva Bittová & Čikori have recorded a new album “At Home”. Nine original songs follow up marvellously the legendary album “Bíle Inferno” (i.e. White Inferno) both with the band members and the album’s poetics but also with its song form and the overall sound of the recordings. “At Home” includes three songs with English lyrics, which are essential for the album. At Home was written by Linda Gregg, A Paper Cone by renowned London critic, radio editor, occasional lyricist and poet, Ken Hunt. The band Čikori consists of Vladimír Václavek (guitar), Jaromír Honzák (double bass), Oskar Török (trumpet). Antonín Fajt (piano), Hamid Drake (drums) and a few others joined the recordings as guest musicians. The mastering was done by the well respected Dave Cook (e.g. Laurie Anderson, Nick Cave, David Bowie, Alanis Morissette, Radiohead) at the studio AREA 52 in New York. The album is dedicated to Lenka Zogatová and Zuzana Viktorinová in memoriam.

It took Iva Bittová and her band Čikori two years of fully focused but peaceful and joyful work to record a new album. “Nature and home are great inspiration for me and this atmosphere surely got on the whole album,” says Iva Bittová and adds: “I consider the title track At Home as one of the strongest one on the album.” The album “At Home” by Iva Bittová and Čikori is very close to the legendary album “Bíle Inferno” by its poetics, sound and band members who participated on it. The author praises the cooperation without any stress: “It was probably for the first time that we didn’t hurry and took it easy when working on the album. With a little distance, I can say that each track was compositionally finalized almost minimalistically.”

The author of music is Iva Bitová and Čikori. The lyrics for three out of nine songs were written by Karel David, the opening one, Noc was written by Vladimír Václavek. Richard Müller also wrote lyrics for one of the songs. Three songs are in English and are essential for the album; Iva Bittová was drawing inspiration from her poetry collections. The lyrics for the title track At Home were written by Linda Gregg, whereas the song A Paper Cone by renowned London critique, radio editor and occasional lyricist and poet Ken Hunt. The album contains nine tracks and was recorded from November 2014 till July 2016 in studio V in Zlín; sound by Ivo Vikotrin, Petr Vavřík and Marcel Gabriel. All the recordings were mixed by Ivo Vikotrin and mastered by the well respected Dave Cook, who has worked with The B-52’s, 10,000 Maniacs, Nick Cave, David Bowie, Alanis Morissette and Radiohead, in his studio AREA 52 in New York. 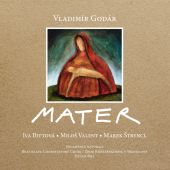 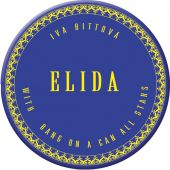