Listen to the title song from new Čankisou CD 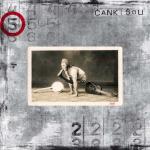 Now you can download and listen to the title song Faÿt.


Czech band Čankišou became famous in the Czech Republic and also abroad for its concerts full of energy and wild rhythms. Concerts run by singer Karel Herman who is very impressive not only because of his voice but also his figure become wild dance parties few minutes after beginning. Čankišou mixes influences from various ethnics with rock roots and with its rich collection of exotic instruments travels the world from Réunion island in an Indian ocean to Pakistan.