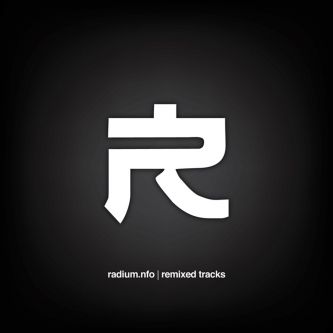 The band Radium.nfo chose the number two date for the release of the album Released tracks in 2002. Now, exactly twenty years later, the cult band from Brno will release sixteen remixes in a collection called Remixed Tracks on Tuesday, February 22, 2022. The list of artists who created remixes includes the well-known producer, composer and singer Boris Carloff and metal underground legend Tom Necrocock

At the time of the release of their debut album, Radium.nfo offered an original sound and quickly gained the status of a cult band. Drums and percussion with their solid base delineated the space for jazz guitar bubbling, and the saxophone and trumpet show.

The way the producers approached the original material this time has impressed even the band itself. “A diverse mix of styles from house and ambient, through downtempo and light industrial to trap, dnb and techno came together," says one of the band's founders, drummer Onehalph. "It's great to hear familiar songs in different adaptations and styles. If we limited ourselves to just one genre, it would be a bit of a shame."

During the release of their debut, the band was already close to remixes. The CD at that time also contained an unusual data folder, and the band offered all the tracks from the recording of the album for use in remixes. It was clear now  that Radium.nfo could not completely stay away and they prepared their remixes. "Three of the participating remixers were also members of the band," confirms Onehalph and at the same time confirms the diversity of approaches.

"Each of their remixes is basically in a completely different genre box. This probably means that if the band was recording another album, it would be colourful and in an unspecified genre - which would depend most on how different from the concert performance we would like to realise it.” Which is confirmed by guitarist Petr Vídeňský, who recalls that in recent years of active touring, the band was essentially aiming to play without electronics. "If the gradual development of Radium's songs can be characterised, we went in the direction of playing as much live as possible - that is, without samples."

"Onehalph and I have been friends for many years - around that year of 2002, a lot of people who made electronics and related genres somehow coexisted as a community on one common IRC chat. We dealt with technical novelties, equipment, but also everyday things like girls, relationships and music in general. We actually became friends there somehow. Radium.nfo had a fusion of electronics and jazz with me at the time - I think it's a very underappreciated band. So when they asked me if I would join in the celebration of the band's debut anniversary, it was a pleasure for me to remember the time full of enthusiastic spirit… " 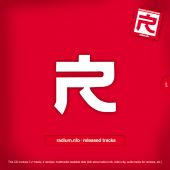