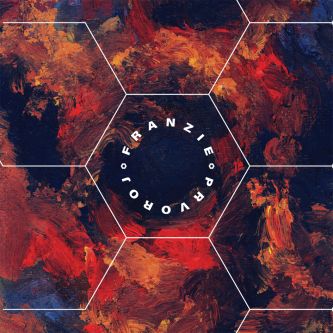 France, Kafka And Rage. Unexpectedly raging ambient and exploding symbols are presented in the debut album of the band Franzie. The strong and melodic vocals of Veronika Stříbrná on the new record Prvoroj enchants and so a new discovery shines on the current domestic music scene. The post-rock new hit excites with originality, but also with the absorption of influences from the Brno alternative.

Franzie or “France” or perhaps English "frenzy"? Five musicians admit that everything is included in its title. From the allusion to France, Franz Kafka, the English word "frenzy" meaning "rage, madness" to Francis or, with exaggeration, the French school of drums.

The debut album Prvoroj contains seven songs in Czech and was created in a relatively long time. Half of the songs have been created at a slow pace since 2017, but it wasn't until the arrival of coronavirus that the band closed in the rehearsal room, which enabled them to create the other half of the album. The recording was made in the home recording studio of Mark McGlinchey (interpret null) in Brno under the baton of Rhys Braddock (Metronome Blues). The band created half of the material for the album under the name Superego Kid, but over time the need to break free from their old name grew.

Czech language plays an important role in the creation of the band Franzie and Erik Netušil explains why: "Due to its diversity and ability to play with words, the Czech language has always been closer to us." Czech lyrics carry considerable symbolism and collide in technical and often changing instrumental passages with explosions of noise and ambient. Most of the lyrics in the songs are provided by Veronika Stříbrná and Jiří Ladzianský, who is also behind most of the instrumental ideas, which the band then completes together.

Enjoy the noise areas, ambient passages, intense singing and ferocity that characterize the five-piece Franzie on their debut Prvoroj.