Slovak blues band Bluesweiser plays an energetic style of electric blues which is a musical alchemy of funk, jazz, shuffle, groove and boogie. The band’s repertoire is an even mix of originals and cover of famous blues songs done in their own style.
The band has gone through several changes during its existence. From 1985 to 89, the band gradually transformed from a pure acoustic band strumming peaceful unplugged scores, into today’s electric guitar driven band.
Singer and guitarist “Dura” Turtev and the amazing harp player Erich “Boboš” Prochazka founded the band. Bluesweiser has played at many local and international festivals, and nowadays can often be found at the well-known Slovak and Czech pubs and clubs.
The band refuses to copy the standard blues practices, instead placing its own stamp of originality on each song, thereby developing its unique style. Lyrics are performed in both English and Slovak.
A blues mammoth on the Slovak blues scene, philosopher and journalist Ján Litecký-Šveda said: “Bluesweiser is faithful to Heraclitus in its belief that true blues is not to be sung twice the same way… it´s clear that they understand not to play as thousands of others have, but to let the creative juices flow, to strive for a new and fundamental style of 20th century music – blues.” 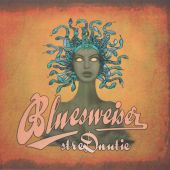 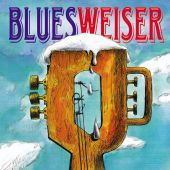