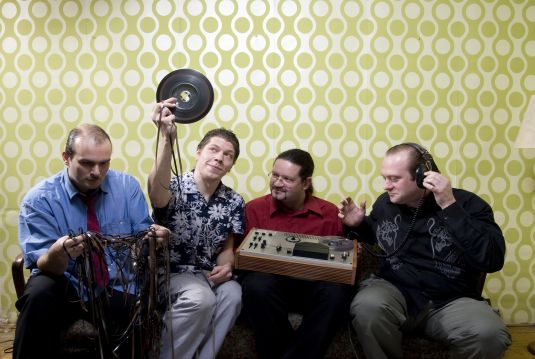 Petr Wajsar founded the HI-FI band back in 2002. The bands style can primarily be described as  electronic dance with a jazz fusion, but their songs don't stick to conventional genres and so also include a mixture of hip-hop, reggae, techno and drum´n´bass, all played live from both their on stage instruments, electronic equipment and drum machines. The bands repertoire comprises it's own original lyrics in Czech and English including wordplay, rap and beatbox to add to their unique sound. Most of this repertoire are original songs, but jazz standards in dance and other arrangements can be included – depending on the venue.  The band has performed throughout the Czech Republic, including Colours of Ostrava, Rock for People, Trutnov open air and Vinyl Cup  festivals and also at such clubs as Cross, Malostranská beseda in Prague, Stará pekárna in Brno or Temple in Ostrava. Along with this, Hi-Fi's songs have also appeared on Radio 1's playlist. This has all led to the band recently winning two major contests, Boom Cup in Ostrava and Starter Live in Prague.

Petr works as an arranger in cooperation with a number of other composers.

The recording of his piece “Emitgar” reached the accolade of representing the Czech Radio at the International Tribune of Composers in 2002.  He has also composed a full-length ballet, 'Marysa' for the City Theatre in Pilsen. More recently his work Drum'n'Berg won the Prize of the Audience at the 2007 Nuberg composition competition and Hradec Kralove Philharmonic have performed the piece with success within the Classical Alternative series. Drum'n'Berg has also advanced into the semi final of the the ISC 2008 composition competition. Petr's musical 'Porn-stars', which he created together with a playwright-director team of Petr Kolecko and Tomas Svoboda, is being performed with success in Prague and also in Petr Bezruc's theatre in Ostrava. The music for this musical was nominated for the 2009 Alfred Radok Prize. Apart from his band Hi-Fi, Petr is also a leader of an ensemble EwaVe -  a combination of Epoque string quartet, transcendental Gabriela Vermelho'voice and Wajsar's own originally crazy compositions. With choirmaster Lukas Prchal and polyester of Czech show business Ester Kocickova, Wajsar founded Mandelbrotovy kosticky, consisting of a big mixed choir and a rock band.

An original Prague Syncopic Orchestra's member, as well as Agon Orchestra's and the National Theatre's orchestra's. In addition he's also at the same time actively involved in modern jazz and arranging.

Miroslav Lacko - keyboards
Studied piano at Jaroslav Ježek Conservatory and Prague Conservatory between 1996 2002. Since then he has been a member of the Ondřej Havelka‘s Melody Makers band, while also taking part in other projects as a keyboard player.

Also a graduate from Prague Conservatory he is now a member of the Czech Radio Symphonic Orchestra, while also playing percussion in other renowned Czech orchestras, as well as drum set in several Czech bands, including Slávek Janda Banda. 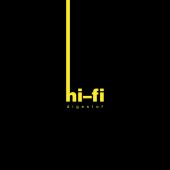