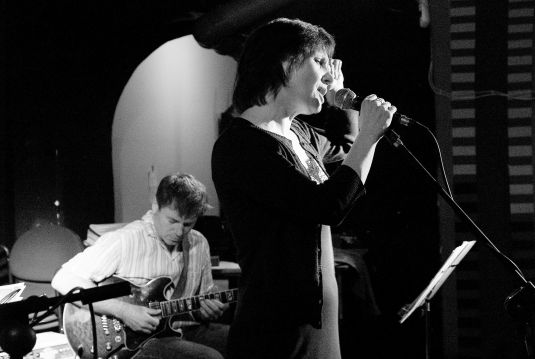 Singer Mariana Chmelařová has come from Slovakia and although she started her career at the age of 19 as an actress in HaDivadlo, Brno, Czech Republic, singing is something very familiar to her. Beside the Slovak traditional music and their covers released with the band Czaldy-Waldy, she also recorded with 1. Českomoravská nezávislá hudební společnost (known as Čechomor, now) its very first album Dovečnosti and appeared  as a guest artist in majority of songs from Jiři Bulis´ album Hosté na zemi. She participated with the vocal in recording of Ty Syčási´s record Lišák je lišák. First theatrical songs for Míňa was written for vaudeville Komediograf approximately 10 years ago and some of them are a part of the comedy till today. Under pressure of Míňa, Zdeněk Král in cooperation with Mario Buzzi wrote some more songs and duo entitled as Zdeněk Král a Minach started to play live shows separately from Komediograf. Lately on, duo was upgraded to trio by adding viola of Martina Himerová from Indigo Quartet (cooperated for example with Vladimír Václavek) and shifted from purely theatrical songs to chanson. In 2004, the fisrt record called Balada pro Bardotku was released. After a short time off, transformation into a „band“ with quitarist and composer Mario Buzzi (Chorchester) and contrabass player Jaroslav Panuš (Tallant, KK band … ) came into being along with shortening of band´s name to Minach. After half a year, Mario Buzzi was replaced by Ivan Manolov (for example Burma Jones), who plays an electric quitar. Afterwards, the band started tending to the more progressive sound and unspecified music genre with working title Chocolate Hot Blues, which was created by the band itself. 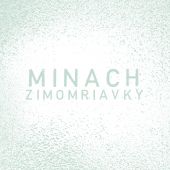 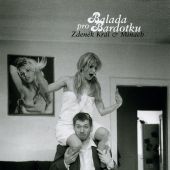