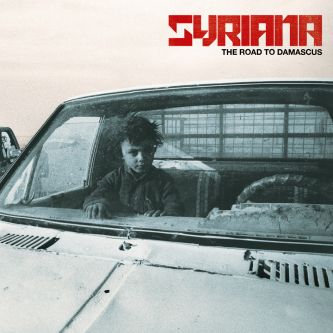 The Road To Damascus

In a place where imagination and reality overlap, Syriana conjures up a soundscape of the busy Damascus streets, jewel-like houses and desert suns – with a touch of spy movie menace in the mix.

There is an otherworldly mix of Arabic and Western instruments: the qanun, the ancient 81-string Arabic dulcimer; double bass; electric guitar – that symbol of Western popular music everywhere from Beirut to Texas; oud; viola; accordion; Arabic percussion; violins, courtesy of the Pan Arab Strings of Damascus.

The Road to Damascus begins in London, when Nick "Dubulah" Page (Trans Global Underground and Temple of Sound), and Syrian Qanun player, Abdullah Chhadeh start a collaborative project discussed some years earlier. Nick and Abdullah were soon augmented by the Irish double bass player, composer and MD Bernard O`Neill, who had worked with Abdullah prior to Syriana.

A project destined to develop and travel: The Road To Damascus will be reinterpreted live by members of the original cast where possible, along with new artists chosen to compliment the Syriana aesthetic and a striking visual backdrop of especially commissioned film and animation.

Produced by SYRIANA and DUBULAH