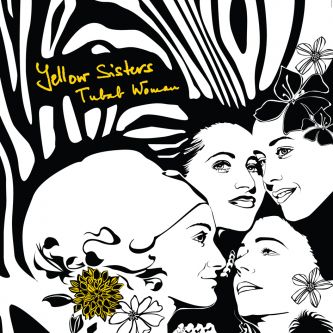 With their album Singalana the four singers of Yellow Sisters caused a revelation on the Czech music scene. Now, three years later, they come with a new album in the same formation. The album continues the journey that had begun with the great debut. It’s a magical interplay of four female voices which pass through all the genres with accompaniment of instruments.

A truly different album, compared to the debut, was created by quartet of singers Yellow Sisters. The new album definitely left the waters of world music although the opening and title track Tubab Woman is a song of this genre. In other songs Yellow Sisters spice up their singing with r’n’b, ambient, soul, funky and other fragrant musical ingredients. “On this album we gave plenty of space for our personal testimonies and the songs are a bit different from the stuff we do together as a group. Bára and I tend towards soul and funky and Antonie with Hawa tend to more alternative things and experiments, so the result is really colorful.“ The Yellow Sisters confirm the intention to create a bit different recording. And there is another visible change in other basic features on the album. A cappella approach which the band still keeps using in life performances was enriched by a number of guests and instruments. On the album appeared Jaroslav Bárta (keyboard), Luis ´Jachu´ Reyes (bass), Tomáš Kroutil (guitar), Ephraim Goldin (percussion, vocals), Adam Koller (drums), En.Dru (beatbox). Tonya Graves has helped vocally, as well as Markéta Foukalová, Petr Wajsar and Ondřej Ruml and many others.

The recording has been forming in far longer space of time than Singalana debut which the ladies released after winning the competition Česká spořitelna Colours Talents. In addition, the recording took place in unusual places as well, which is something the singers from Yellow Sisters loved: “We have recorded out in the garden and also in a beautiful baroque church in Skoky u Žlutic and of course in the studio. It was a very nice experience. In some of the songs you can hear the birds singing.” Overall, a record which is extremely inspiring and full of ideas was created while maintaining its own rhythm and harmony. It was undoubtedly a difficult task to keep the recording in final compact state. “Of course it wasn’t easy at all. We were lucky to have Jaroslav Plachý working with us on the album. He was very patient with us, very accommodating and in the end he mixed everything together very sensitively.”

Yellow Sisters have created a record with which they walk their own way and have no intention to let themselves restrict by any genre or singing rules. Their journey is full of color and magic and it’s definitely worth of at least a short walk.

Yellow Sisters is a female vocal group – a cappella that with its singing passes through genres of soul, funky, r’n’b, world music, jazz and reggae with ease. Yellow Sisters are sound magicians. In their author songs they experiment with voice and are looking for original ways to express the melody and rhythm. 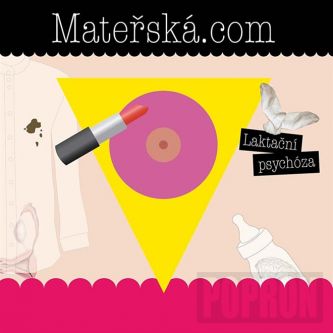