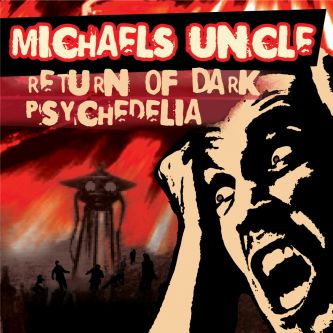 "After the dark psychedelia is over, new wave of terror comes"

The band Michaels Uncle (hereinafter referred to as M.U.) finished recording new album and after almost fifteen years‘ pause will release this studio album at Indies Scope. It contains eleven brand new songs, two arrangements of older songs and couple of psychedelic recordings and sound mixes. Altogether, there are eighteen songs on this album. One of the bands that had shaped Czech HC scene is back.

Even after many years, the band is still going strong regarding its toughness, but the album also contains softer songs with more melodious refrains. Nevertheless, it’s not a „pure“ HC album, as Petr Stanko confirms. “I would say that we have never been only HC band, they also call us punk, underground and what not. The fact is that we have never completely avoided other influences. There is some influence of dance scene and other things too, but it’s all covered by this tough shell. There are also other songs and punk stuff. I think it’s a pretty diverse and modern album“. Apart from  the founding members of M.U. (Amrit Sen – vocals, Petr Stanko – guitar, vocals, Jarda Stuchlý – percussion and Ivan Klein – bass ) appears keyboard instruments musician David Kabzan (song Rány z těla) on the album. The recording took place in November 2009 in Faust studio in Prague, Dejvice, and mixing later in January 2010 in Niceworks studio in Brno. Alex Limburg, an experienced sound engineer from England, was great at recording and mixing and the final mastering was in hands of Ivo Sedláček in Velvetmastering studio.

Regarding to the lyrics, the album is dedicated to current problems and the songs reflect them ironically, e.g. “I love the system” or “So called business”. The name of the new album “Return of Dark Psychedelia“ refers to the album of the year “The End of Dark Psychedelia“. Why and if there is any ideological or musical continuity, Petr Stanko explains:
“I think that we were always considered to be a little political band. It’s not completely accurate, because in the days when we were starting, we were simply doing anything we wanted to and Communists made it a political thing. However, we have always reacted to the time and events around us. And we perceive it continually. We just keep describing our vision of the world.”

The cover, based on Petr Stanko’s suggestions, was designed by a young Czech/Australian artist Pavla Ruben-Layland. The inspiration was well known radio play The War of Worlds by H.G. Wells. For this album the band is preparing series of concerts across Czech Republic, particularly in clubs but also at festivals. 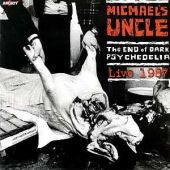 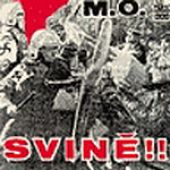 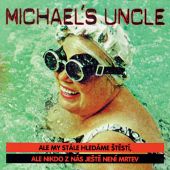