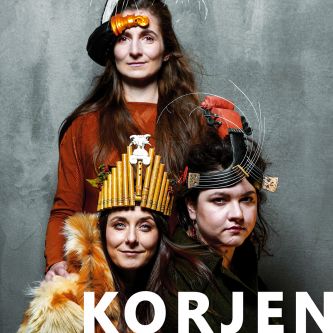 Korjen returns to the stage armed with a new album. The group is a sparkling connection of three singers from Bosnia, Poland and Slovakia, accompanied by great musicians from all over the Czech Republic. The new single, Hoy Nazan, is a Korjen’s comeback after a long hiatus. The Armenian folk song in the original production of this six-piece sounds fresh and reminds us how world music can sound. Korjen is preparing to release the full album in Autumn.

Korjen was created by love and the attraction to the live legacy of traditional music. In 2010, three singers from Bosnia, Poland and Slovakia (with a little sparkle from Armenia) met musicians from different parts of Bohemia in Prague. They formed a new band and do music following the roots of the singers, dressing their songs in new robes. The spark of the joint work and friendship that snakes through the music found its audience at concerts and festivals both in the Czech Republic and abroad, such as Refu Fest, Beseda u Bigbítu, World Fest,Tree of Life (AT), Jazz Dock, Stará Pekárna, Habrovka, etc. The traditional songs have precious space in the music of Korjen as they bear the melodies and the legacy of the roots of their countries. It is the female part of the band which guards the original form connected to the essence of the songs. The male part sparkles it up, disturbs it, develops and moves it beyond the borders of styles and genres.

The first eponymous album was released by the band in 2012, supported by a release party at Liben Synagoge, CR, where their songs were turned into a theater piece. The new album, produced by Matouš Godík, will be released in Autumn 2019 at Indies Scope. The album, featuring very a special guest, the Polish multi-instrumentalist Lukasz Sabat, is a summary of one long period of the cooperation. However, it is definitely not the end of the Korjen story…. 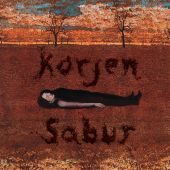