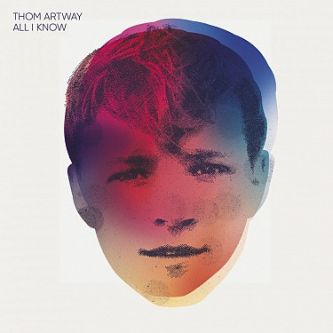 All I Know / Digisleeve

Singer-songwriter Thom Artway is back with a new album All I Know.

Already one of the most respected young musicians in the Czech music scene, the talented artist is ready to be crowned Czech’s best music export. Having already notched up memorable performances at this year’s Great Escape and Europe’s largest music and cultural festival Sziget and won the first Czech Fresh - the music project led to cooperation with UK live promoters to help give an international focus to local music - Thom is ready to announce his first headline UK tour in Autumn.

Thom will take his perfectly combined mix of modern sound and classic songwriting to the UK - playing some of the best independent venues - including Head of Steam in Newcastle on 25th November, before heading to Scotland to headline Edinburgh’s Sneaky Pete’s on 26th November, Glasgow’s Hugh and Pint on 27th November and Clarks in Dundee on 28th November. The captivating folk-pop artist will head to London to play the iconic Troubadour on 9th December, before heading to Manchester’s Jimmy’s on 10th December and ending the tour at Hull’s legendary The Sesh on 11th December.

Creating captivating folk-pop songs with the use of his distinctive voice, memorable top lines and introspective lyrics, Thom’s debut single ‘I Have No Inspiration’, dominated the Czech charts for two years, becoming a domestic hit, and culminating with Thom winning two of the most prestigious Czech music awards. Inspired by British songwriters, he grew up busking in the streets of Prague, he first came to the attention when his song ‘Towards the Sun’ was chosen as the soundtrack for the Czech movie ‘Křídla Vánoc’, Thom then went on to release his debut EP ‘Still Standing in the Unknown’, before travelling and playing across Australia to hone his skills. His debut album ‘Hedgehog’, released on Warner Music, set the talented artist on the path of international success.