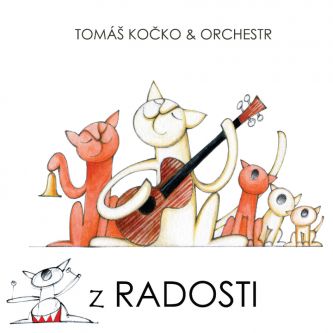 “Nebojme se pohádek” (i.e. Don’t Be Afraid of Fairytales) - says the chorus of one of the songs from the new album of Tomáš Kočko and his ORCHESTRA. Z Radosti, the new album, includes over twenty songs, three fairy tales and one board game in the CD pack. Acoustic songs are connected by three fairy tales, written by Tomáš Kočko, and are based on Tomáš’s work for the Radost theater in Brno. Tomáš Kočko & Orchestr enjoyed working on this new record and will definitely bring joy to many children and their parents.

Tomáš Kočko has been cooperating with Brno’s Radost Theater, where he has focused mainly on children’s audiences for many years. Tomáš Kočko explains that the initial idea for a children’s record is associated with the compilation album Bongo BonBoniéra. “It’s been ages since the record label (Indies Scope) asked me to do a song for children for their new sampler of kids songs. I couldn’t make it but the seed was sown. Over the following eight years, I directed three fairy tales for the theater, writing the music and songs. When working on the last play, based on Vančura’s book, Kubula a Kuba Kubikula, I came across an interesting problem called “the fairytale dispute: should we still keep the classical fairy tales alive when they are so far away from the world of contemporary children?” That brought an idea into my head to record a pure fairytale record for kids. I rearranged the songs from the theater, added more verses, invited the children’s choir, Kampanela Brno, and we all had a great time recording it. It was magic!”

The new album, Z Radosti, brings songs from three fairytales, which the theater has, or has had as part of its repertoire. Two fairy tales are classical, one modern, although it has already become a classic too - Kubula a Kuba Kubikula. Every story has its music robe so on the record, you can find both cimbalo music or Czech schrammelmusik. For the continuity of the fairy tales, Tomáš Kočko became the voice for the accompanying text, which is hidden in the pauses. You will hear it only when you insert the record in the record player and let it play. Random selection will only allow you to play the songs. Tomáš’s main scenographer, Michal Hejmovský designed the booklet with the fairytale characters. The record will be officially released at the Christmas concert in Brno - this time in the puppet theater Radost, on December 14th, 2017 at 6pm.

The album Z Radosti will please not only all fans of Tomáš Kočko’s work but also their parents and especially their kids. So, as Tomáš Kočko sings…. don’t be afraid of fairytales! 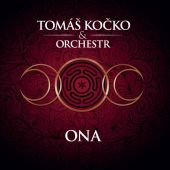