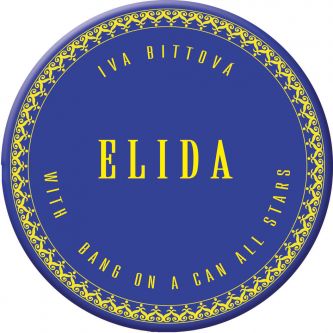 Iva Bittová and Bang On A Can All-Stars

Iva Bittová, the most famous Czech vocalist, composer and violinist experienced the stage of the renowned Carnegie Hall in a joint performance with the body of contemporary music Bang on a Can All-Stars. This took place after the management of this temple of culture was captured by Iva Bittová in the role of Donna Elvira in the opera Don Giovanni. It was with the support of the Carnegie Hall that the first lady of the Czech alternative scene wrote the musical project titled Elida for this ensemble. Iva Bittová started to work on this project last autumn and during the winter recording started in New York under the management of Tom Lazarus in Systems Two, Brooklyn NYC and in the Clinton Recording Studios, mastering was made in the ClassicSound studio. On Friday 29 April 2005 Iva Bittová and Bang On a Can presented this piece at a joint performance in the Carnegie Hall in New York. In the “Elida” album recording Bittová used the All-Stars as her orchestra. The lengthy lines of piano mingle with the strings while the clarinet improvisation meets with the noise of the electrical guitar. The music is both well thought over and direct at the same time, sharp and nostalgic, mixing the music of Eastern Europe with folk traditions. The unusual connection of singing by Iva Bittová with the piano creates inspiring melodies. Iva Bittová sings in Czech or Slovak depending on who is the author of the text (R. Müller, V.Václavek or V.Chase). The excellent record also has unusual (shape) exclusive blue gold round digipack evoking a special soap box. (Elida – soap brand sold in the Czech Republic already at beginning of the last century)

IVA BITTOVÁ AND BANG ON A CAN ALL-STARS