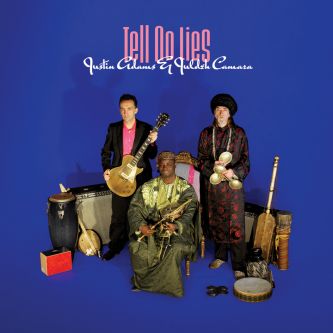 “It is extraordinary what one can do with
a single string. This sound is more
exciting than a Led Zeppelin reunion”
THE TIMES

In his second collaboration with master Gambian musician Juldeh Camara, an exciting new fusion is realized as Adams brings Clash-style punk energy to West African trance rhythm. . Camara plays a single string violin (riti) which sounds like a blues harp one minute and a Celtic fiddle the next. He is a celebrated Griot (preserver of history in song) in Gambia - a Homeric bard who carries the traditions of his forefathers. Adams, son of an itinerant diplomat, together with Jah Wobble, formed The Invaders of the Heart and went on to create a legacy that spawned a multitude of reinventions - from Robert Plant  to Natacha Atlas.

From the pulsing rock and roll of “Kele Kele” to the gorgeous sprawl of “Tonia Yima”, the Sonic Youth-esque “Sahara” and the Muddy Waters influenced “Fulani Coochie Man”, Tell No Lies is a groundbreaking LP – a visceral electric fusion of Europe and Africa – a meeting of Western rock and African Griot. 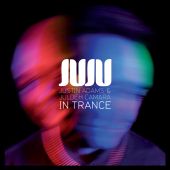