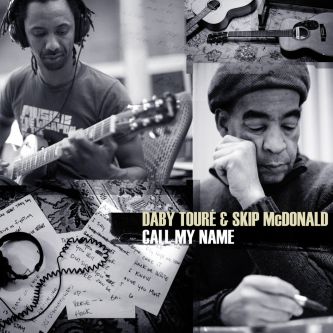 As soon as they met, they knew each other. Daby Touré: a thirty-something musician raised in Mauritania, West Africa, currently a leading light on the Paris, France scene. Skip McDonald: an old school African American bluesman from Dayton, Ohio, long time resident of London, England. And having met and jammed one summer’s night at Real World they kept on meeting and jamming at festivals around the world. Welcome, then, to Call My Name. An album that captures the magic of this unique creative union, that sees songs – some by Touré, others by McDonald – transformed via imaginative, instinctive collaboration. Here is African/French culture. African American/English culture. Traditional African rhythms. Influences from elsewhere. And, of course, the blues.

As front man for 21st Century blues project Little Axe, McDonald has often likened himself to an archaeologist, ploughing the roots of American blues. Daby Touré might best be viewed as an explorer, forever seeking fresh sounds and innovative ways of applying them. Together – underpinned by drummer Keith LeBlanc – they have crafted songs that blend weighty guitar grooves with freewheeling musicality, that feature both resonant English language vocals and gloriously agile multilingual singing. 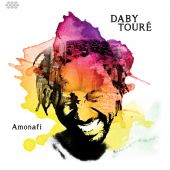 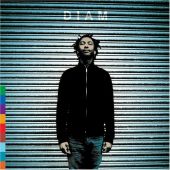 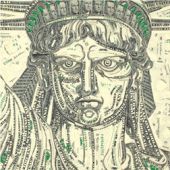 Bought For A Dollar/Sold For A Dime