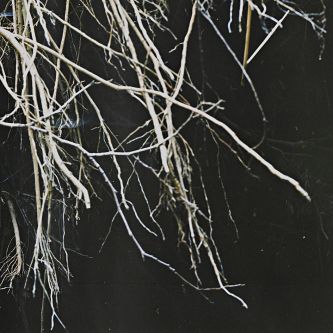 One Word is the title track of Nylon Jail’s single – a new band whose debut album comes out this fall. These three track prove that the talented Nylon Jail are a big hope of the alternative scene, as they indicated in spring, when they drew attention to themselves with a tour accompanied with a 3D stereoscopic projection, the first one in the Czech Republic.

Michal Tučný is the milestone at which country stopped in the Czech Republic for a long time. Nylon Jail gave it a wide berth and tamed country playfully and with ease in order to loosen the reins of emotion with juicy beats and dense vocals, all the way to the final ride through the plains of electro-coutry. One Word is Nylon Jail’s cornerstone. “One Word is a song about love. It forced itself. I caught the chords and the melody one morning when I was sitting on my bed after waking up,” says Roman, author of most of the band’s repertoire. “The song has two positions which Nylon Jail cultivates. In the first part, we tell a story supported only by an acoustic guitar, in the second half, we gave way to emotions. Cold tenderness assumes the main role.”

In summer, a music video will be created for One Word (release date 9/1/2013), and even here Nylon Jail will be offering something more than is common, so the fans can be looking forward to two versions of the song, where one will be sang in English and the other in Spanish. The contents of the video will be identical for both versions. Of course, One Word, as well as the single’s B-side, Sun in Hell, will not be missing from the band’s debut album, which will be recorded under the supervision of Ondřej Ježek in studio Jámor. What will be missing from the album, is bonus cover of Maniac, which became famous thanks to the movie Flashdance.

The connection of music and picture is fundamental for Nylon Jail, and it plays a part in the plans for the future as well. This is confirmed by Nylon Jail. “We want to present ourselves with a visual image that will be projected behind the band. Filming the 3D projections and touring cinemas with them showed us a whole new world. The audience is enthusiastic about the connection of music and film, they are able to immerse in the pictures and their story. In clubs, the music is more distinct, but there are not good conditions for a 3D projection, in the cinemas it’s vice versa. And since we want to concentrate more on sound with the new album, the winter tour for the new album will have to do with 2D projections, on which we already work. It will be more abstract, visual and raw. Of course, we will visit cinemas with the 3D projection as well, but only rarely.” 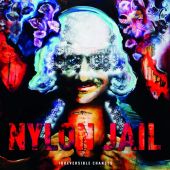 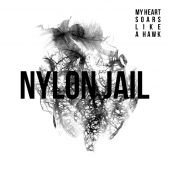