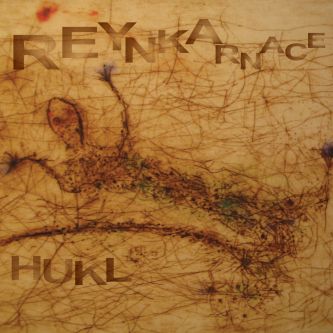 Besides Hukl band, many guests have appeared in the studio, thus the album is by no means stereotyped. When you listen to it, you'll take a puff of the atmosphere and feel the responsive musical arrangement of poems. „With all of these empathic attempts, we are aware of one discrepancy: Reynek's poems are full of silence, they were born from silence and the readers will possibly read them in silence. We are trying to interpret them aloud. We have the courage to do it because we believe that our music is not the opposite of silence although HUKL is the anagram of the word hluk, which means noise. We hope we will help many people to find their own way to Reynek and that the tunes of Reynek's poems will sound also in their souls, the tunes which they will give them themselves.“

During the recording in the ¶vox studio in Židenice, close attention was paid to give each piece the right atmosphere, therefore it was often necessary to invite guests. “If we wanted to create a chanson character symbolising Suzane Renaud or the fair-like exuberance, we chose accordion and Klára Šmahelová. On the other hand, winter and Christmas poetry with the echo of folk songs asked for Ondřej Krátký's cymbalo. Melancholic moods were provided by clarinet, dynamics by saxophone...”