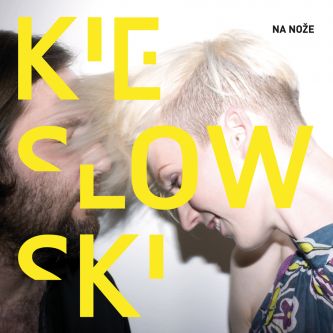 Songs of love and killing can be found on the new album called Na nože by the acoustic duo Kieslowski. There are two of them and their project exists for almost two years now, but in that short time, they have accomplished quite a lot. Fragile author songs, which are so convincingly written by DKP and Marie Kieslowski, have the strength of an undertow. Quietly, without hearing any noise, you are hit and before you know it, there is no turning back. Lush melodic songs, thanks to characteristic vocals, hold the listener tight and offer the whole life – love and death.

The album Na nože presents Kieslowski in a bit different light than previous recordings.  In the songs, there are much more references to the country music. “We were also very surprised how much  "country" we have in us. When then arrived David Babka with his dobro, it was clear that we just had to open ourselves to it.“ , says DKP and also explains why the overall sound of the record is unusually natural. The album was created in different way than the previous two records, the debut album Tiché lásky and EP Tanečnice.  “The melody, chords and ideas for lyrics for the album originated while travelling between Finland, Poland and the Žižkov tower. But I wanted us to approach the recording differently than in  Tiché lásky. There, the songs were already composed and then recorded with minor adjustments. This time I wanted to do everything at one time and in one place, only between me and Marie. “ The result was a departure to a chalet in Lužické Mountains  with the entire recording equipment and the creative process that resulted in a new album, as Kieslowski says, although it was sometimes difficult to meet the timetable. “ The hardest thing was that in the room where we were recording, we also lived together, cooked and created songs...It was too easy to trip over a bed, then think for a moment, then have a coffee, chop the wood...“

The album Na nože comes out in digital form, on CD and on vinyl as well and in a limited edition. Three-hundred-album limited edition will include a bonus disc which contains extra forty-five minutes and nine tracks. The bonus CD contains the EP Tanečnice and also the duo’s discovered love for electronic music.  “Yes, it’s true. We like all the music that you can dance to... :)” says  DKP. “Seriously, we both have close relationship with electronic music. We both have experience with singing with DJs which we really enjoy and sometimes we gladly repeat it. “  Seven remixed tracks were made by Nauzea Orchestra, Martin E. Kyšperský, Ondřej Ježek, Kittchen, Kim Pixa, Amak Golden and Jan Brambůrek. The limited edition will be sold for the same price as the standard album, but will be accessible only to the first three hundred fans. 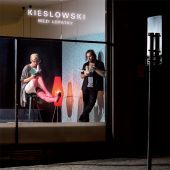 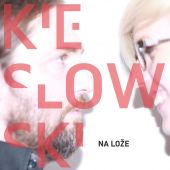 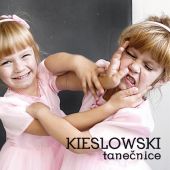 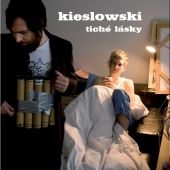