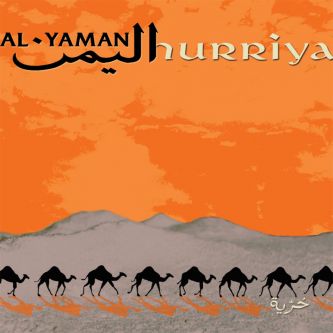 Released in 2004, Hurriya remains one of the better Arabic-influenced hard rock CDs on the planet. The band's members from Yemen, Israel, Palestine and the Czech Republic foretell a rock 'n' roll future worth singing about. Imagine a very organic post-techno update on Led Zepplin's "Kasmir." Combine this with vocals that run circles around many of the strained melismas attempted elsewhere in rock, and you begin to get the picture. Al-Yaman's masterful drumming, electronics and hard-driving sound attracted the collaboration of Trans-Global Underground on this CD's closing track.